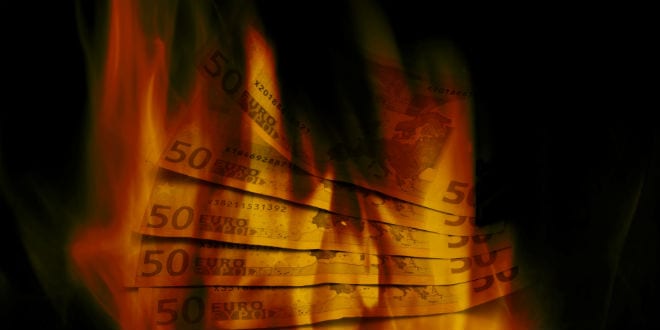 Many prophecies indicate that we are in the final days before the coming of the Messiah, and the only question that remains to be answered is precisely when he will arrive. A clue given by Rabbi Schneur Zalman of Liadi, a renowned Jewish scholar and leader known as the “Alter Rebbe”, had a vision almost 300 years ago that seems to indicate precisely when the world’s resources will run out, forcing the Messiah to come. The date is sooner than you might expect.

The Alter Rebbe lived in the 18th century and he founded the Chabad branch of Judaism, which flourishes to this day. His teachings are still studied in depth and his book, the Tanya, is widely read by Jews around the world. Chabad is exceptional in that it emphasizes the concept of Messiah in a manner generally eschewed by other branches of Judaism.

A famous story is told of how the Alter Rebbe was reading from the Torah in front of the congregation. He reached the verse of Exodus 38:28, which mentions the sum of 1,775 talents of silver. When he read the first letter ‘hey’ which precedes the word “Ha-Eleph” (the thousand), he read it incorrectly four times in a row, despite being corrected each time. The letter ‘hey’ in Hebrew numerology equals five, so by reading it incorrectly, the Alter Rebbe was actually saying 5,775, instead of 1,775 as it is written in the Torah. He then walked away, much to the amazement of the congregation, and someone else had to finish the reading.

Rabbi Dovber Schneuri, known as the Mitteler Rebbe, who eventually succeeded him as the second rabbi of Chabad, asked him what had happened. The Alter Rebbe responded that he had had a vision that the Messiah would come after the year 5775 – which was last year according to the Hebrew calendar – and this vision would not permit him to read the verse any other way.

This story was written in the Mitteler Rebbe’s book, Sefer Imrei Bina (Book of Wise Sayings). The Alter Rebbe’s vision was interpreted in this manner:

Silver was collected in the form of the half-shekel taken from every Jewish male, each year. The half-shekels from the 600,000 Jews in the desert (Numbers 1:46) equalled one hundred talents of silver, with each talent composed of 3,000 full shekels of silver. But the Bible lists an additional 3,550 half-shekels (1,775 full shekels), from which Moses made the silver hooks at the top of the pillars used to set up the screen surrounding the Tabernacle in the desert.

Jewish tradition holds that the world was given a general amount of sustenance to last 4,000 years from creation. When that sustenance ended, the Messiah would come. It is taught in the Talmud, the book of Jewish oral law, that the Messiah can come anytime between the year 4000 and the year 6000, according to the Hebrew calendar.

The Alter Rebbe’s vision during the verse pertaining to the silver has been understood to mean that the 1,775 shekels of silver gave the world another 1,775 years of sustenance.

According to Jewish tradition, the world’s sustenance, given in the form of rain which waters the fields, is determined in the Heavenly court each year on the holiday of Hoshana Raba, at the end of Sukkot. The annual period ends on Tu B’Shevat, when the last benefit of the year’s rain is seen on the trees.

The last sustenance from the Hebrew year of 5775 was given last month, on Tu B’Shevat, meaning that the last benefits of the bounty from the 1,775 shekels of silver in the Tabernacle ended on January 24, 2016.

To gain insight on how this is affecting us today, Breaking Israel News spoke to Torah scholar, educator, and writer on Messiah-related issues Dov Bar Leib.  He stated that the Alter Rebbe’s prediction is appearing right in front of our eyes in current events.

“The world’s resources are running out, but more significantly, the entire economic system is grinding to a halt,” he explained. “Oil is at a relative all-time low, with recent increases only bolstered by investor speculation.”

However, he continued, “Gold and silver prices, which have been steadily dropping for five years, are starting to rise significantly. We are seeing negative interest rates, a concept that has never existed before. It is as if economists and investors have lost faith and don’t believe there will be any tomorrow.”

When asked about the significance of these factors, Bar Leib had a dual perspective: economic and Biblical. “From the point of view of investors and economists, there are reasons for all this. Precious metals go up when confidence in currency goes down. But silver has a unique meaning in rabbinic literature. It is what the rabbis use as the basis for the concept of currency, even more than gold, which has practical uses that make it valuable.”

“This allowed good and evil people alike to derive benefit from the material world. That time, that extra bit of sustenance, has ended. We are now beginning a period in which sustenance will be given as a reward for relating to the material world in a positive manner. The rules have changed.”

The global economy is in a precarious state, with its mainstays on the brink of collapse. China, which holds a huge share of global wealth, is attempting to downsize its enormous economy, and Germany, overcome with the financial burden of thousands of Syrian immigrants, is struggling to hold its head above water. The prophetic vision of the Alter Rebbe seems to be surprisingly relevant today, challenging us to reevaluate the true source of wealth and reminding us that sometimes, the well can run dry.