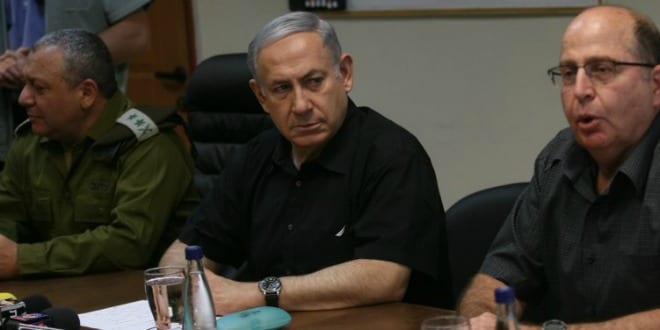 “The French initiative, as it has been published, is questionable,” said Netanyahu. “It says, ‘we will hold an international conference, but if you do not succeed, we are already predetermining the result and we will recognize a Palestinian state.’”

Prime Minister Netanyahu argued that France was completely overlooking the consequences of its new initiative.

Netanyahu explained that France’s strategy of declaring the existence of a state without mutual recognition, security or anything of the like, was doomed to fail.

“Of course this ensures that this conference will fail because if the Palestinians know that their demand will be met a priori and that they do not need to do anything, then there is certainly an internal contradiction here,” said the prime minister.

Meanwhile, Netanyahu continued to call for direct negotiations as well as for opposition to any unilateral steps taken by the Palestinian Authority.

“There is one way to advance peace—direct negotiations without preconditions between the sides,” stressed Netanyahu. “This is the true way and I think that anyone who tries to deviate from it will not advance successful negotiations.”