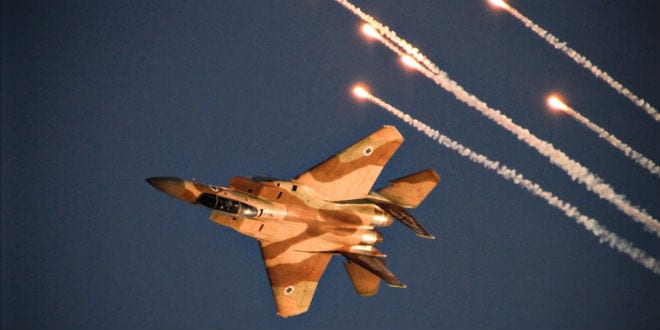 In the increasingly complicated Middle East, Israel must now face a new concern: Hezbollah forces in Lebanon have acquired radar technology which allows them to track Israeli fighter jets on reconnaissance missions over their northern neighbor, Walla! News reported.

The technology has reached Hezbollah, a recognized terrorist organization with significant power and influence in Lebanon, from Russia, upon the latter’s entry into the Syrian civil conflict. Russia, Iran and Hezbollah all support Bashar Assad’s regime.

The radar technology allows Hezbollah to identify Israeli jets overhead, lock on and ultimately fire rockets at them, say sources in Israel’s security establishment. However, due to the sophistication of Israel’s fleet, the pilots are equipped to deal with the threat, detecting and following the radars before Hezbollah can fire. The pilots can then change course and evade any incoming attacks, particularly when on intelligence-gathering missions.

Walla! quoted an Israeli security official, who said, “The connection between Hezbollah, Russia and Syria have greatly changed the rules of the game in the region.

“Hezbollah is indicating to Israel that it is ready for the next stage,” the official added.

The last all-out war between Israel and Hezbollah took place in 2006. During that conflict, the Shi’ite militants succeeded in hitting just one Israeli jet with an anti-aircraft missile, and only because the jet was already grounded. Since then, however, Hezbollah has begun stockpiling more advanced weaponry acquired from Syria and Iran.

Several times in the past few years, foreign media have reported on alleged attacks by Israel’s Air Force on weapons convoys between Syria and Lebanon.

This is not the first time word of Hezbollah attaining military technology from Russia has circulated. In January, Hezbollah militants boasted to the Daily Beast, “We are strategic allies in the Middle East right now—the Russians are our allies and give us weapons.” They went on to claim Hezbollah had a “relationship of complete coordination” with Assad and Iran, and as such were receiving sophisticated weaponry, including precision ground-to-ground missiles, long-range tactical missiles, laser guided rockets, and anti-tank weapons from Russia “with no strings attached.” Not long afterwards, however, Russian officials assured Israel they would not allow their weapons into the hands of Israel’s enemies.

It has been noted that cooperation between Arab groups and Western allies could be seen as the fulfilment of end-of-days prophecies which indicate the descendants of Ishmael and Esau will work together against the Jewish state.