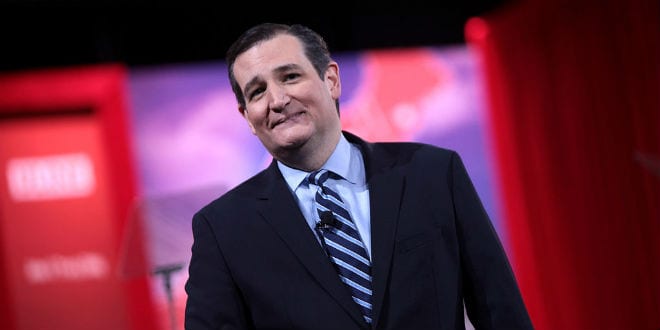 On January 21, Republican presidential candidate Ted Cruz picked up a controversial endorsement from Mike Bickle, Director of the International House of Prayer, an organization that partners “with Messianic Jews for the salvation of the Jewish people.”

Rabbi Tovia Singer, who emphasized that he has spent his “entire life opposing evangelicals who try to convert Jews,” told Breaking Israel News that Mike Bickle is not an anti-Semite, but he doesn’t properly understand the verses he quotes when he speaks about Jews, Israel and the End of Days.

Since the endorsement, videos of Bickle making three controversial claims regarding Israel and the Jewish people have surfaced. In an extended interview with Breaking Israel News, Singer explained why each of these claims is a misrepresentation of Biblical prophecy.

CLAIM: Two-thirds of Jews in Israel will be killed and the other third will convert to Christianity at the End of Days.

Bickle’s claim that two-thirds of Jews in Israel will be killed and the other third will convert to Christianity at the End of Days, is based on Zechariah 13:8.

And it shall come to pass, that in all the land, saith the LORD, two parts therein shall be cut off and die; but the third shall be left therein.

Singer told Breaking Israel News that the idea that two-thirds of Jews in Israel will be killed is not found in Zechariah. “The whole context is that the verse he quotes actually relates to non-Jews. He misread Zechariah 13. It isn’t about two-thirds of Jews dying.” In fact, according to Singer, “the Jews are never mentioned in this passage.”

Singer explained, “The end of Zechariah is devoted to describing the salvation of the righteous gentiles at the End of Days and the destruction of Israel’s arch enemies who wage war against Jerusalem. Bickle is completely misrepresenting what the text says. He’s guilty of putting words in the text that don’t exist and ripping these passages out of context.”

CLAIM: Half the Jews in Israel will end up in prison camps.

On December 2, 2005, Bickle said, “Israel’s condition just before Jesus’ coming is described in Scripture as being in prison camps. Not all of Israel, but a significant number of Jews will be in work camps, prison camps or death camps.” Bickle goes on to quote Zechariah 14:2, claiming that it says, “Half the city will go into prison camps… according to this verse.”

For I will gather all nations against Jerusalem to battle; and the city shall be taken, and the houses rifled, and the women ravished; and half of the city shall go forth into captivity, but the residue of the people shall not be cut off from the city.

In Hebrew, the word translated above as captivity is bagolah – into exile. There is no reference to “work camps, prison camps or death camps” in this verse and it remains unclear from where Bickle derived his claim. Further, according to Singer, Chapter 14 of Zechariah is a reference to Israel’s War of Independence in 1948, not to a future event.

“It was during the heated battle for the Old City in May, 1948,” Singer explained, “that the Jews were expelled from half of Jerusalem—the eastern half—while remaining in western Jerusalem.  During this brutal battle, the city was pillaged, as Zechariah foretold, and the Jordanian forces plundered the city and destroyed virtually every synagogue in the eastern part of the city.  The collapse of the Jewish defense of the Old City on May, 28, 1948, and the subsequent expulsion of the Jews to the western half of Jerusalem, is widely documented.

Furthermore, Singer pointed to the liberation of Jerusalem 19 years later (in 1967) as the unambiguous fulfillment of the very next verse when Jerusalem was miraculously liberated, when the Jews were restored to their capital and when the power of God defeated Israel’s enemies.

Then shall the LORD go forth, and fight against those nations, as when He fighteth in the day of battle. (Zechariah 14:3)

CLAIM: God sent Hitler to persecute the Jews for not accepting Jesus

At an Israel Mandate conference in 2004, Bickle proclaimed that the Jews will be given a chance to accept Jesus “with grace” and if they refuse, God will send hunters to persecute them. “And the most famous hunter in recent history is a man named Adolf Hitler,” said Bickle. He based this teaching on Jeremiah 16:16.

Singer told Breaking Israel News, “The Holocaust was the fulfillment of Jeremiah 30:7. From the depths of this most horrible event, the prophet declares, Israel’s salvation will emerge. The passages that follow,” Singer pointed out, “are pregnant with some of the most epic messianic passages in all of Scripture.

“While it is true that in some sense the State of Israel was born out of the ashes of Auschwitz, his presentation was rather crass and offensive.  My guess is that he probably realizes now that he should have employed more sensitivity when discussing the Holocaust.”

As a result of claims like this, Bickle’s endorsement of Cruz is a controversial one for the Cruz campaign. Singer added, “He’s not saying anything that is not widely believed by the vast majority of evangelicals. Mainstream Premillennial Dispensationalists all believe this. They uniformly misunderstand epic prophecies that describe the events leading up to the messianic age. For these fundamentalist Christians, it’s all about the ‘second coming.’”

Stan Goodenough, a South African Evangelical Christian who has been living in Israel for 27 years, disagrees. “I wish to go on the record as personally repudiating — before God — [that] everything these recordings say lies ahead for the nation of Israel/the Jewish people (who in my understanding are one and the same). What’s more, I believe every Christian Zionist who has his insight from the pages of the Bible, rather than from the teachings of popular prophecy experts, will spurn and denounce such views,” he wrote.

Singer concluded, “While Bickle’s exegesis of Scripture is deeply flawed, he is no anti-Semite in any conventional sense. I want to be very clear that I’m not saying this because I support him. I completely oppose his support for Christian groups that target Jews for conversion. Truth be said, however, when he says, ‘I’m a friend of Israel.’ he’s telling the truth.”

Indeed, in response to the criticism about his more controversial claims, on February 11 Bickle issued an official statement affirming his support of Israel in which he said, “I have been and remain committed to the spiritual and material defense of Israel and the Jewish people, as is my ministry.”