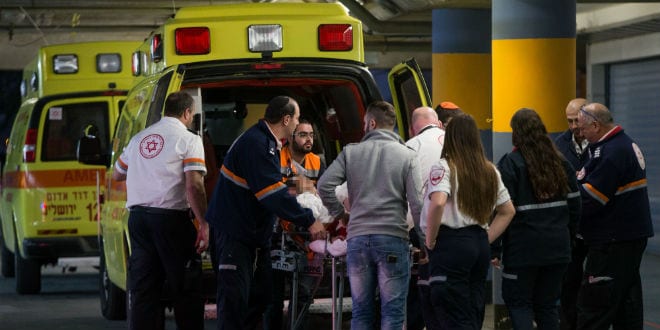 Three separate attempted attacks by Palestinians against Israeli security forces and civilians on the morning and afternoon of Sunday, February 14, have resulted in the death of three attackers with no Israeli casualties.

Shortly before 1:00 PM, a Palestinian terrorist attempted to stab Israeli border policemen at a checkpost near the neighborhood of Har Homa in southern Jerusalem.

During routine security checks, a policeman spotted a suspect running towards the checkpost with a knife in his hand, according to Police Spokesperson Asi Aharoni. One of the border policemen shot and killed him with no further casualties in the incident.

Earlier the same day, two 15-year-old Palestinian terrorists were shot and killed by IDF forces after attempting to carry out a shooting and stabbing attack.

According to a military spokesperson, shots were fired at an IDF force west of the Palestinian city of Jenin. The force returned fire at two suspects armed with guns and knives, neutralizing the threat and killing both of them.

The terrorists were identified by Palestinian sources as Nihad Muhammad Waked and Fouad Marwan Khaled Waked from the village of Araka.

A third incident was reported in Jerusalem around 2:00 PM, when the police received a report of a man wielding a knife in the Talpiot neighborhood. After arriving at the scene, the forces saw a Jewish woman in her 30’s who had alerted the police.

According to her, an Arab teenager had passed her and then turned back to approach her while holding a knife. She said that a scuffle ensued between the two before he fled the scene without managing to stab her.

The police have launched a widespread investigation into the incident.