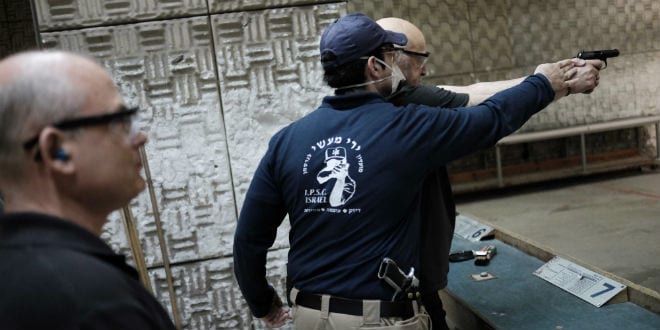 Following in the footsteps of America’s influential National Rifle Association (NRA), a lobby which has considerable sway in Congress, a Likud MK is establishing a gun lobby here in Israel’s Knesset.

MK Amir Ohana will formally launch the initiative on Monday with a caucus aimed at protecting and widening the rights of Israelis to own and carry firearms.

The caucus, called “the caucus for creating policies for bearing arms in Israel”, is expected to be attended by several MKs, the heads of pro-gun organizations, and experts on legislation about the rights of citizens to bear arms in Israel.

In a statement, Ohana said, “Personal security is a matter of partnership between the state and its citizens. More must be done to ease the process for obtaining permits for firearms.”

Currently, it is difficult for a citizen to obtain a gun permit, said Ohana. “The current criteria for obtaining a permit for a gun license are very strict,” he explained. “The caucus will examine whether, due to security threats facing Israel, the time has come to update the criteria.”

It is virtually impossible for anyone who cannot demonstrate a proven reason to carry a gun – for example, living in an area designated by the government as “high risk” or working in law enforcement or security – to obtain a gun license.

Ohana and other members of the new lobby plan to advocate for gun-control policies that more closely reflect the reality of the security situation in Israel, said a spokesman for Ohana.

Indeed, the current wave of terror attacks carried out by “lone wolf” assailants were the catalyst for a loosening of gun laws in October, when Public Security Minister Gilad Erdan announced a number of measures easing the requirements for gun permits.

“In recent weeks many citizens have helped the Israel Police subdue terrorists who carried out attacks,” he pointed out at the time.

Also in October, Jerusalem mayor Nir Barkat, after a rash of attacks in the capital, released public statements requesting that all citizens licensed to carry a firearm do so.