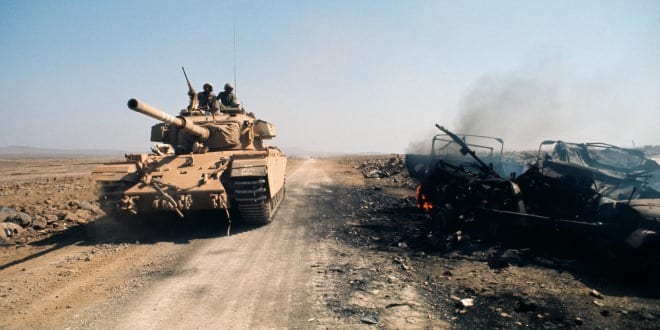 Maj. Gen. (res.) Avigdor (Yanush) Ben-Gal, former IDF Northern Commander, passed away on Saturday at the age of 80, leaving behind a wife and seven children. Ben-Gal served as commander of the Seventh Armored Brigade during the 1973 Yom Kippur War, in which he played a key role in blocking the advance of massively superior Syrian forces in the Golan.

He served as IDF Northern Commander from 1977 until 1981. He was considered for IDF Chief of Staff in 1983 but was not appointed, and soon retired from the IDF.

Prime Minister Binyamin Netanyahu, eulogized Ben Gal, saying, “Together with the rest of the people of Israel, I grieve the passing of the hero of Israel, Major-General Yanush Ben-Gal.”

“In the most difficult days of the Yom Kippur War, when the fate of Israel was hanging in the balance, Yanush and his brave soldiers defended the northern borders with their bodies. They checked the Syrian assault and afterwards went on the attack, bringing the IDF to the gates of Damascus.”

“Yanush was a gifted military leader with extraordinary inspiration and courage,” said Netanyahu. “He will be remembered as one of the greatest commanders who rose in the nation of Israel in recent times.”

Ben-Gal was fearless and a maverick in many ways. During the Six Day War in 1967, he was the operations chief of a brigade that broke through Egyptian fortifications in the Sinai. He lost half his right foot when his jeep struck a mine. In 1973, as commander of the 7th armored brigade in the Golan heights, he was one of the few in the upper echelon of the IDF who anticipated the Syrian attack. Called ‘crazy’ by his associates, he began preparing his troops for war. Two weeks after he began preparations, war broke out and his brigade was the only one in the entire IDF that was at full battle preparedness.

Born in Lodz, Poland in 1936,  he was orphaned when only three years old, and fled across Russia with his five year old sister, taking three years to finally arrive in Israel .

His first combat experience was in 1956 Suez war against Egypt. “I never intended to turn the army into a career,” he said in an interview. “But I remained because I liked it. I loved the Negev, the desert, the fields. I loved speeding in jeeps. Later I got used to the army, and it became a part of me. And maybe also, I was afraid to make a new start in life.”

Ben-Gal made headlines in 1979 when, during a talk with a group of Knesset Members, he called the Arabs of central Israel “a cancer in the body of the nation”, saying they were waiting for the moment “when they can screw us.”

A council of Arab Mayors demanded his dismissal. He was reprimanded by Defense Minister Ezer Weizman and apologized for his remarks.

The Regional Council of Jewish Settlements in the Galilee issued a statement defending Ben-Gal. “What the general is alleged to have said may have been said in a rough way, but in essence it is true.”

Ben-Gal was critical of the high-tech direction the IDF was taking. At a military conference in Latrun in 2007, he said, “”This turned the regular soldier into a bionic one, with an antenna on his head, one camera in his right eye, another in his left, a small computer display on his watch, and another somewhere else. But what does a normal soldier do when the first shot is fired? Throws it all off and hits the deck.”

He was especially critical of how technology affected army commanders.

“Go ask a battalion commander what color eyes his company commander has, and he will tell you he doesn’t know because he doesn’t put it in the email.”

According to Ben-Gal, the turning point came in the October 2001 battle over Joseph’s Tomb, when the IDF refrained from evacuating a wounded soldier, allowing him to die rather than engage the attackers.