11-year-old Boy Stabbed in His Own Home in Ramla; Another Stabbing Prevented in Jerusalem

Home » 11-year-old Boy Stabbed in His Own Home in Ramla; Another Stabbing Prevented in Jerusalem 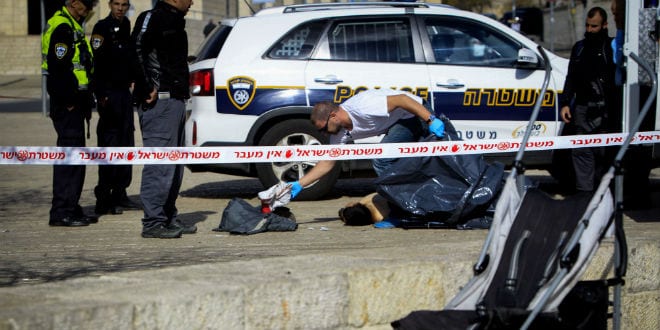 An 11-year-old boy was stabbed in his home, suspectedly by an Arab teenager, shortly after 4:00 PM on Monday, February 8, in the mixed Jewish-Arab city of Ramla in Central Israel.

The boy sustained moderate stab wounds to the back and was treated at the scene by Magen David Adom (MDA) paramedics who transported him, fully conscious, to the nearby Assaf HaRofeh Hospital.

The attacker fled the scene, and the Israel Police have arrested a suspect, a 17-year-old Arab resident of Ramla. The police have been interrogating him in an effort to discover whether the incident was indeed a terror attack.

The city of Ramla in central Israel has both Jewish and Arab residents who normally lives in peace, but on Thursday, February 4, two 13-year-old schoolgirls stabbed and wounded a security guard in the city’s central bus station. They later told the police that they “came to kill Jews”.

Shortly after the incident in Ramla, another stabbing attack on February 8 was prevented in Jerusalem. Police and Border Police forces arrested a 42-year-old Israeli Arab woman at the Old City’s Damascus Gate after finding a big knife in her belongings.

The woman, resident of the Old City, was approached and inspected after her behavior raised the suspicion of security forces at the sensitive site. She was taken for questioning at the police station.

Damascus Gate has been the site of many terror attacks in recent months. In the most recent incident, three Palestinians armed with knives, sub-machine guns and pipe bombs killed border policewoman Hadar Cohen and wounded two others before they were shot and killed.