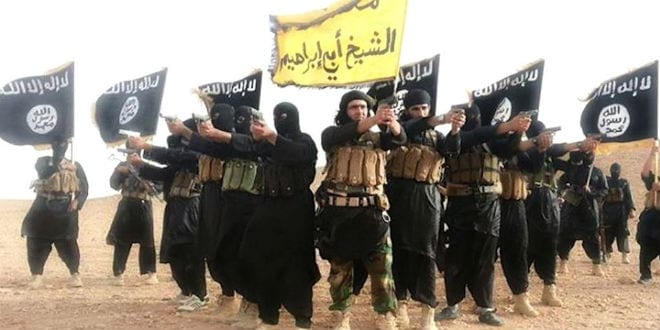 Islamic State (ISIS) fighters are being treated in Hamas-run hospitals in Gaza, claims at least one Israeli official. The Times of Israel reported that Maj. Gen. Yoav Mordechai, the head of Israel’s Coordination of Government Activities in the Territories unit, spoke to the Saudi-owned Elaph news site of the cooperation between the two terror groups.

Hamas, a designated terrorist organization in both Israel and the US, controls the Gaza Strip. According to Mordechai, the group has been allowing injured ISIS operatives into Gaza from Sinai via smuggling tunnels from Egypt, treating them at Nasser Hospital in the southern city of Khan Younis. In exchange, ISIS provides Hamas with much-needed weapons and money, both in short supply since Egypt began cracking down on the smuggling tunnels over a year ago.

This is not the first time Israeli officials have called attention to the growing relationship between Hamas and ISIS, but until now they have been reluctant to define the nature of the connection.

The Gazan Health Ministry, for its part, denies the allegations, calling them “completely baseless” via Facebook.

The ISIS force operating in Sinai is relatively small, with only about 500 fighters, but has nevertheless taken a toll on Egypt. Shootings and car bombings targeting Egyptian military bases and police stations have become almost routine. Israel has not participated in the conflict, but has provided intelligence information to the Egyptians, military sources say.

Egyptian efforts, combined with heavy rains, are reportedly responsible for the decimation of Hamas’s tunnel network. The network is vital to Hamas’s ongoing campaign against Israel, and the group continues working to “rehabilitate” the tunnels, even using materials sent by foreign donors to rebuild Gaza after much of its infrastructure was destroyed in Operation Protective Edge in 2014.