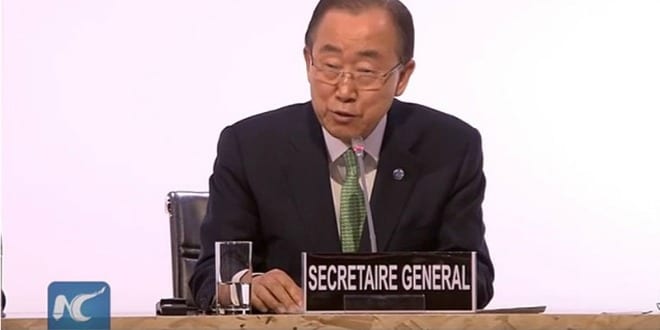 UN Secretary-General Ban Ki-moon has dug himself a hole from which he cannot seem to leave: despite his insistence that he does not condone terror, his words from last month are being used by Palestinian officials to justify the killing and maiming of Israelis.

Cohen, 19, was killed and a fellow officer critically wounded by three Arabs outside the Old City’s Damascus Gate while on duty. The two officers noticed and approached the suspicious-looking trio, who then pulled out weapons, shooting and stabbing the Israelis.

Alian said the “occupation” of the “Palestinian nation” demands a “natural response”, using the exact same words which landed Ban in hot water late last month, when he delivered a speech seeming to condone Palestinian terror, arguing, “It is human nature to react to occupation.”

Israeli Ambassador to the UN Danny Danon responded in a strongly-worded letter to Ban, demanding he retract his statements. He pointed out the impact of his words, citing Alian’s words.

“Palestinian terror is using your words as justification for its actions,” he wrote. “Your words have created two categories of terror – against Israel and against the rest of the world.”

Danon also pointed out that Cohen’s quick actions likely saved many more lives, as the terrorists were later found to be holding explosives in addition to knives and automatic weapons.

“Since when is it the UN’s role to find justifications for terror? Since when does the UN create two categories for terror and victims? I call on you to take back your statements and say clearly that there is no justification for the bloodshed of Israeli victims,” he added.

Following the backlash against his speech, Ban published an op-ed in the New York Times, insisting he had no intention of justifying terror, but not backing down from his original statement, saying that the status quo was untenable. Ban continues to push for a two-state solution, believing Palestinian violence is the product of “the everyday reality of occupation [which] provokes anger and despair”.