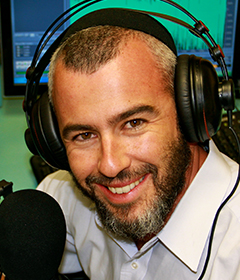 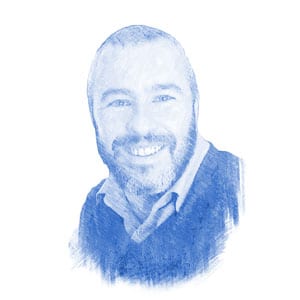 No one missed the double entendre of your recent New York Times article title, “Don’t Shoot the Messenger, Israel”, which had the chutzpah to both accuse Israel of a hot head and insinuate an itchy trigger finger.  And yet amidst this thinly-veiled smear, you went on to suggest that you had offered Israel an important “message” – that we should rush to seal a Two-State deal – as if either we had never heard of this before or anyone in the region still thought it was a useful idea.

No one in Israel is going to shoot you for your trite and obsolete “message”, but we must shoot down the fallacious and hypocritical assertions of your article.

Please allow me to elaborate.

First: Repeating the word “occupation” many times may sway the ignorant, but it is nothing but an outrageous lie. Israel is not in occupation in the West Bank at all. The West Bank – or what we call Judea – is the heart of our ancestral homeland. This was affirmed by the League of Nations, the predecessor of the United Nations, which recognized the historic rights of Jews in Judea. Indeed, because this is our beloved native land, many Jews (400,000 at last count) chose to build their homes and their lives here.

Yet Jews are under attack in Judea, which is why we have deployed our army. If no one ran at Jews brandishing a knife, or mowed down Jews with automatic weapons while they sit in traffic, there would be no need for an army presence, and the “feel” of occupation would disappear. It’s just that simple. Stop threatening the life and limb of Jews, and you’ll stop feeling occupied. Keep denying the Jewish right to live in our ancestral lands and keep savagely attacking us, and it will keep feeling like there is a mighty Jewish army on your neck.

Mr. Ban Ki Moon, it is you who are keeping the Palestinians under an “occupation” of lies because you keep telling them that Jews don’t belong in Judea, and thereby spread the false hope that one day Jews won’t be there. But that is simply not the case. Israel will always be in Judea because, whether you understand it or not, it is at the heart of our identity. Now it is up to local Palestinians to decide: do they want to listen to you and live in denial and strife forever, or accept the truth, and live in peace?

Second: The idea that Jihadism against Israel is the natural result of the “oppression” of the Palestinians is nothing but a false pretext, a masquerade, a ruse. Jihadism is a supremacist form of Islamic ideology that is sweeping the Middle East.  It was trying to destroy Israel way before Israel was in the West Bank. Jihad seeks to destroy Yazidis, Copts – and especially – moderate Arabs who don’t share the same rigid world view. The many wars and thousands of attacks against Israel stem from Jihadism which rejects the reality of a Jewish Israel in a Muslim Middle East -or anyone else in a Muslim Middle East, for that matter.

Luckily for the Jihad, they have you to give international credence and political cover to the notion that “No one can deny that the everyday reality of occupation provokes anger and despair, which are major drivers of violence and extremism.” Is it the Israeli occupation which drives the Muslim Brotherhood in Egypt, Al Qaeda in Saudi Arabia, and ISIS in Syria and Iraq? Is it the Israeli occupation which brings about Jihadist attacks in Europe? Of course not. Mr. Ban Ki Moon, your assertions to the contrary insult the intelligence of a world which is now feeling the brunt of global Jihad.

Third: Your concern for the Palestinian Authority and its imminent collapse is heartwarming and admirable – especially if you are a member of that organization which idolizes murderers, engages in routine torture of its own citizens, is known to be corrupt to the core, and has defrauded the international community of hundreds of millions of dollars. The PA has offered nothing but lies and murder to Jews – but it is so much worse to its own Arab citizens. Many Arabs I know in Hebron and eastern Jerusalem are praying to Allah the He take the PA from off of them and their children. These Arabs want a decent life, the way it was before the dreaded Oslo Accords which put them at the mercy of your exalted Palestinian Authority. Many Arabs curse you and your “human rights” which empower the worst terrorists to suppress them and brainwash their children to Jihadism. Truth is, most Palestinians are tired of the “harsh, humiliating and endless occupation” – of the Palestinian Authority!

Mr. Ban Ki Moon, living under the repressive PA is like living in an authoritarian mind-numbing North Korea – while right next door, in Israel, land of rights, progress, and possibilities, Jews and Arabs live in the region’s South Korea. Yet you, Mr. Ban Ki Moon, who hail from South Korea, are a proponent of a North Korean-like terror regime for Arabs and you ask that “Israeli authorities…. unequivocally support the Palestinian Authority and Palestinian institutions.” Nothing like the UN to fix problems.

Fourth: It’s going to be hard to hear this but… the Oslo Accord’s Land-for-Peace, two states living side by side, is dead – and it was from the get-go. Offering one’s beloved homeland for peace comes off as spineless and wimpy, and has not earned us the respect of our Middle Eastern neighbors. The Two-State idea was based on the premise that Jews would happily forego their own historical heritage and forget Hebron, Bethel, and the Temple Mount in exchange for the promise to be allowed to live. But the problem is that if there ever was a historically conscious people, it’s the Jews. We were never, and are never, going to stop remembering, yearning, and fighting for our homeland, which is inextricably intertwined with our very Jewishness.

So now, Two-State has flatlined, and only fuddy-duddys like yourself, Mr. Ban Ki Moon, continue to obsess over reviving it. While you peddle it as the ONLY solution, there are many other workable ideas for a better future.  It is time that one-trick-ponies like yourself exit the scene and leave the indigenous peoples to handle it themselves.

Fifth: While, as explained, we are not engaging in “occupation”, you and your organization, Mr. Ban Ki Moon, are engaging in preoccupation. While the quarter-million Syrians who have been killed in the last five years dwarf the number of Israelis and Palestinians killed in all of our conflicts, you are writing letters about Israel in the New York Times. While an estimated 200,000 prisoners are incarcerated in prison camps in North Korea, you abandon your own region to make speech after speech about ours.

And though your job title would imply that you have a right to stick your nose into everyone’s business, it would be nice if you had any success whatsoever to back up your arrogance. Here, in the Middle East, Arabs and Jews – except those who are employed by your bloated organization – think that the UN is an abysmal failure. Your schools here teach Jihad that sends teenagers to die, your camps you keep Palestinians in perpetual refugee status, and you deny Jewish history with your culture-usurping UNESCO, which decided that the ancient Tomb of Rachel in Bethlehem should really be called the Bilal bin Rabah mosque.

In short, thank you for publicizing your “message”. In return, we have a message for you: we find your agendized diatribe to be obsessive, ignorant, and outdated. Don’t be surprised if Palestinians keep praying for the Palestinian Authority to collapse, and we Jews just keep on “occupying” our own home. It is we, people of this region, who will resist your message and your formula for endless war.