God Rains Down Divine Retribution Upon Detractors of Israel

Home » God Rains Down Divine Retribution Upon Detractors of Israel 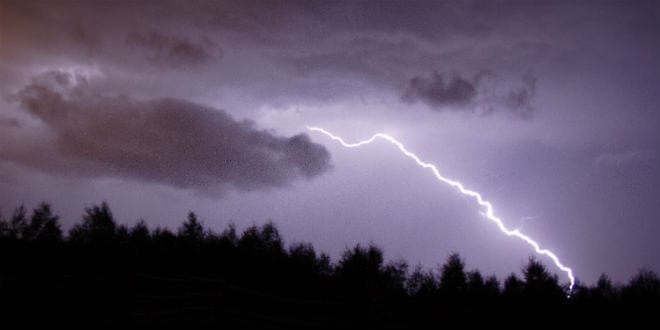 Margot Wallström, Sweden’s Minister of Foreign Affairs and Deputy Prime Minister, has earned a reputation for Israel-bashing. The first blatant anti-Israel offense came in 2014, when she became the first European Union foreign minister to recognize the state of Palestine.

After the horrifying terror attacks in Paris last November, she came out with a statement linking Islamic anger to the lack of a two-state solution. Even worse, after months of terror in which Palestinians were attacking Israelis in the streets on an almost daily basis,  she accused Israel in January of carrying out “extrajudicial executions”.

Israel reacted through diplomatic channels, but a more powerful force stepped in. Three days after Wallström accused Israel of executing Palestinians, it was revealed that she had jumped to the head of an eight-year waiting list for apartments owned by a labor union. Stockholm is suffering from a serious shortage of housing and this was viewed by the Swedish public as an egregious misuse of her position. Anti-corruption prosecutors are investigating the case now to determine if it constitutes bribery, which carries a potential two-year prison term.

This type of instant karma is the rule and not the exception when it comes to politicians that treat Israel badly. One of the clearest examples of divine slap-down came on January 21, 1998, when US President Bill Clinton gave Israeli Prime Minister Benjamin Netanyahu a decidedly cold reception at the White House, and Secretary of State Madeleine Albright refused to have lunch with Netanyahu. Things looked grim for Israel, but later that day, the Monica Lewinsky scandal broke out, ultimately resulting in Clinton’s impeachment.

President George H.W. Bush signed the Oslo Accords on October 30, 1991, setting the stage for the disastrous “Land for Peace” process. The very next day, a hurricane dubbed “The Perfect Storm” hit the east coast of the United States, destroying Bush’s house in Kennebunkport, Maine.

Occasionally, divine intervention can take an ironic turn. As president, Jimmy Carter was not nearly as involved with Israel as he has been since leaving office. In his book, Palestine: Peace not Apartheid, he blames Israel’s “colonization of Palestinian land” as being “the primary obstacle to a comprehensive peace agreement”.

Carter was a proponent of Boycott, Divestment, and Sanctions (BDS) since it seemed to produce results and bear pressure on Israel to negotiate. He has also met with many leaders of Hamas and during the 2014 war in Gaza, called for Israel to negotiate with Hamas.

One year later, he was diagnosed with cancer and melanomas were found in his brain and liver. After only a few months of treatment, the doctors  pronounced him cancer-free. Pembrolizumab, a drug developed in Israel, was a key element in his treatment. His adherence to boycotting Israeli products and innovations obviously had its limits.

Carter’s miracle cure may not have been solely attributed to Israeli science. His sins against the Jewish people may have been forgiven in December 2009, when Carter published an open letter apologizing for any words or deeds that may have upset the Jewish community. In the letter, he said he was offering an Al Het, a prayer of repentance, said on Yom Kippur, the Jewish Day of Atonement.

Divine retribution is not restricted to non-Jews. Ariel Sharon had achieved almost legendary status in Israel. After a spectacular army career, he entered politics and, at the head of the Likud party, was elected prime minister in 2001. He endorsed the Roadmap for Peace and began plans to remove the Jewish population of Gush Katif from the Gaza Strip. The dismantling of the Jewish settlements was scheduled for August 15th, 2005, the day after Tisha b’Av, the anniversary of both Jewish Temples being destroyed.

In July, one month before the IDF dismantled Gush Katif and evicted almost 9,000 Jews from their homes, Rabbi Yosef Dayan, a member of the nascent Sanhedrin who can trace his lineage back to King David, led a group of ten rabbis in performing an obscure, ancient Kabbalistic ceremony, the Pulsa diNura, on Sharon. The Pulsa diNura invokes the angels of destruction to block heavenly forgiveness of the subject’s sins, causing all the curses named in the Bible to befall him and resulting in his death.

Sharon’s health deteriorated, and by January, he suffered a hemorrhagic stroke, entering a vegetative state from which he never recovered. Rabbi Dayan also led rabbis in the Pulsa diNura against Prime Minister Yitzchak Rabin a few months before he was assassinated. Rabin was shot and killed in 1995 by Yigal Amir, an extremist who  opposed Rabin’s peace initiative and particularly the signing of the Oslo Accords.

Rabbi Dayan told Breaking Israel News that none of these events were simple coincidence, but divine justice. “Today, there isn’t prophecy. God presents circumstances for us to try to understand him, to express our belief in him,” he explained. “These aren’t things that happen by chance or coincidence. This is not just true for politics, but it is also true for politics. Politicians are, after all, simple servants of God, no less or more than the rest of us.”