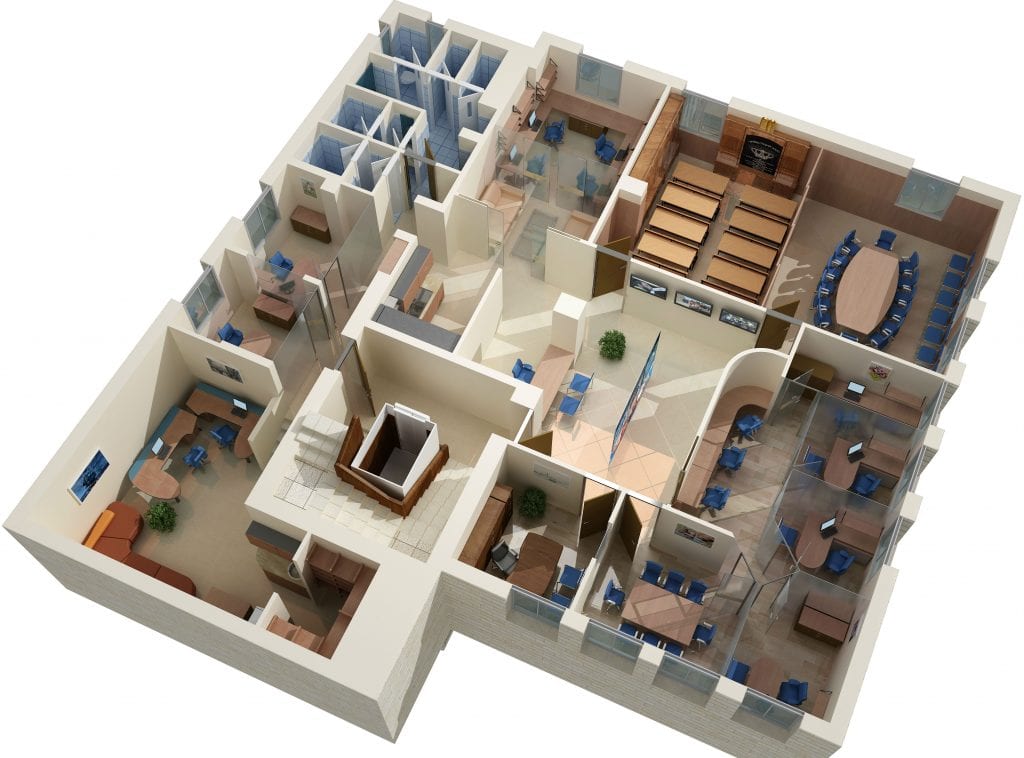 The IDF’s religious battalion, called Nahal Haredi and also known as Netzah Yehuda, was established in 1999. This unit was formed in conjunction with the Ministry of Defense and a group of rabbis in order to integrate Orthodox Jewish men into the army. The need was recognized as some observant families and communities discourage people from joining the IDF because of the challenges in maintaining a religious lifestyle while being a soldier.

“This center will provide a supportive environment for observant youth who are enlisted in the IDF without compromising their religious lifestyle,” explained Gabi Sackett, Project Manager for Build Up Israel, an organization which gives people the chance to “buy a brick” in one or more Israeli building projects, to Breaking Israel News. “I, myself, served in the IDF with Nahal Haredi and still fulfill my reserve duty with this unit as a lieutenant, making this project particularly close to my heart.”

The building is slated to have a Bible study center, onsite career counselors for academic and employment guidance, entertainment rooms where enlisted soldiers and reservists can eat, play, relax and build friendships. There will also be a place for soldiers to sleep should they have nowhere else to go.

Lone soldiers, whose families are abroad, will receive special attention. There is a four times greater percentage of lone soldiers serving in Nahal Haredi than in other IDF units. Support for lone soldiers is particularly important as they often do not have a place to call home.

“This center will assist lone soldiers to succeed in their studies, to find accommodations, and with anything else they may need during their service and following their discharge to succeed in Israel,” shared Sackett to Breaking Israel News. “The center will be a warm and inviting address where all of the physical and spiritual needs of Nahal Haredi soldiers and veterans can be met.”

Service in Nahal Haredi consists of two years as a combat soldier and one year of vocational training in order to help religious people enter the workforce. This unit has become the IDF’s largest and best battalion. “Religious soldiers have a special level of clarity when fighting,” noted Sackett. “They pray, they study the Bible and they fight. There are very few distractions in this unit. They deeply understand the Jewish connection to the Holy Land and what they are protecting.”

Unfortunately, many religious soldiers are ostracized from their families and communities for serving in the IDF because of the fear that they are not safeguarding their religious lifestyle. Yet the Israeli government now requires universal enlistment where, previously, religious people received an exemption.

“The Center for Religious Soldiers and Veterans of the IDF” will be open seven days a week to assure that these soldiers have a welcoming place to go when they are not serving. The hopes for this center is that it will be a unifying force for soldiers, their families and the nation of Israel.

“Nahal Haredi is an excellent way for observant people to give back to their country and become strong members of Israeli society,” Sackett told Breaking Israel News. “It is a crucial time for completing this building as recruitment of religious soldiers is expanding exponentially. We look forward to our supporters personally visiting this important site when they come to the Holy Land and appreciating each brick that they donated to make it happen.”