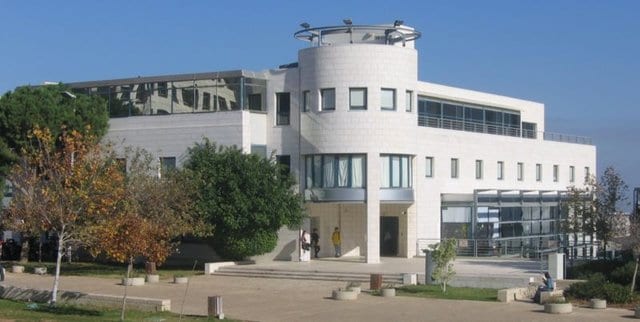 A group of Italian academics is circulating a petition to end cooperation agreements with Haifa’s Technion Institute on the grounds that it promotes Israeli occupation of Palestinian lands. To date, the petition has been signed by some 200 supporters.

According to the petition, “Israeli universities collaborate on military research and development of weapons used by the Israeli army against the Palestinian population, providing undeniable support to the military occupation and colonization of Palestine.” The group is targeting the Technion specifically, however, because “Technion is involved more than any other university in the Israeli military-industrial complex.”

The goal of the petition is to stop any formal cooperation between academic bodies in Italy, such as Polytechnic of Milan, Polytechnic of Turin or Florence University, and Technion, which is Israel’s oldest university and one of its most respected academic institutions. Founded in 1912 because Jews were barred from technical studies in most countries around the world, the Technion has since produced three Nobel laureates and become “a global pioneer in fields such as biotechnology, stem cells, space, computer science, nanotechnology, and energy,” according to the Institute’s website.

The petition, however, holds the university responsible for carrying out “research in a wide range of technologies and weapons used to oppress and attack Palestinians,” such as “the development of remote control functions on the Caterpillar ‘D9’ bulldozer used by the Israeli army to demolish Palestinian homes” and “the implementation of a method for detecting underground tunnels,” which were developed to protect Israeli citizens from terrorist infiltrations, but which the Italian academics say are intended “specifically to maintain Israel’s siege on the Gaza Strip.”

The document goes on to claim that Technion’s relationships with the Israeli military and several weapons development companies, such as Elbit and Rafael, are unacceptable.

The petitioners “call on fellow scholars and researchers to end all forms of complicity with the Israel military-industrial complex and urge the suspension of all forms of academic and cultural cooperation, collaboration or joint projects with Technion.” In addition, in support of the 2005 Palestinian call to Boycott, Divestment and Sanctions (BDS), the scholars “declare that we will not accept invitations to visit Israeli academic institutions; we will not act as referees in any of their processes; we will not participate in conferences funded, organized or sponsored by them, or otherwise cooperate with them.” However, they will continue to maintain ties with individual academics in Israel.

In line with BDS doctrine, the purpose of the petition and associated boycott is to pressure Israel into “1. Ending its occupation and colonization of all Arab lands and dismantling the Wall; 2. Recognizing the fundamental rights of the Arab-Palestinian citizens of Israel to full equality; 3. Respecting, protecting and promoting the rights of Palestinian refugees to return to their homes and properties as stipulated in UN resolution 194.” It should be noted that while the second of these goals is already recognized by Israel, the first and third effectively call for the elimination of the Jewish State.