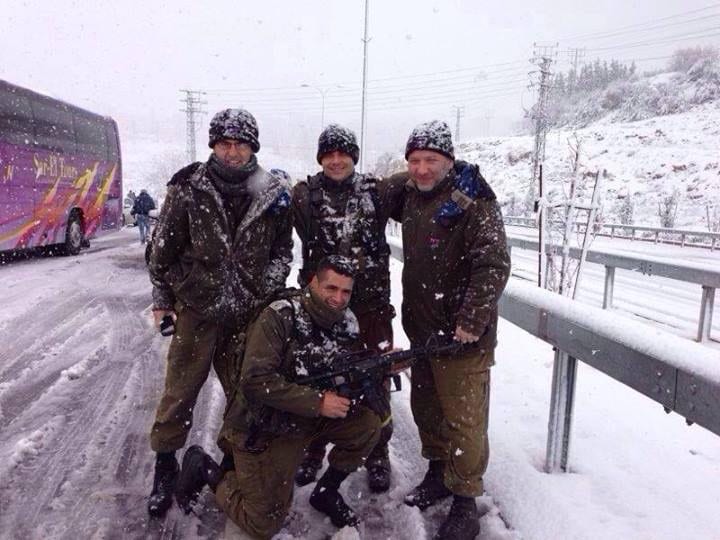 As temperatures drop dramatically in Israel, The LIBI Fund, the official charitable foundation for the IDF, is going the extra mile to help chilly soldiers feel loved, appreciated and, most importantly, warm.

Recently, with the help of a donation campaign aimed at raising money for IDF winter wear, The LIBI Fund has begun distributing fleece jackets branded with unit logos and neck warmers to female soldiers on the southern Gaza and Egyptian borders who are in desperate need of warm clothing. So far, over 200 women have received the new gear.

While the gear will be delivered to both men and women, female soldiers are often in more dire need. “Women in jeeps, out in the cold, don’t get the same attention that paratroopers do,” explained Brigadier General Yehiel Gozal, CEO of The LIBI Fund, to Breaking Israel News. “Therefore, these soldiers became our first priority. We want to show support and send every soldier a warm hug through our winter clothing campaign.”

Though combat soldiers receive winter coats from the IDF, during their downtime they prefer not to wear their uncomfortable combat clothing. Yet soldiers still need to stay warm. “The LIBI Fund went out of its way to provide fleece jackets and neck warmers which are more comfortable and attractive than the standard army wear,” said Gozal.

The immediate goal of The LIBI Fund is to raise enough money to distribute 6,000 fleece jackets and neck warmers to every soldier in the field. “There are thousands of IDF forces stationed on Israel’s borders who are there for extended amounts of time and are freezing,” said Gozal. “They can sometimes fall between the cracks with receiving the extra care and attention that they deserve.”

Gozal expressed to Breaking Israel News that people often donate to the fighting units which are the most well-known. However, he added, there is also a responsibility to take care of the brigades based for long intervals on mountains and in deserts, which can get incredibly cold at night.

“The LIBI Fund is striving to present every recruit with a branded fleece jacket and neck warmer from the beginning of their service,” shared Gozal. “In this way, they will be prepared for the cold weather for the full three years of their service right from their start. We have seen the pride and appreciation of the soldiers who have already received this gift from The LIBI Fund.”

Gozal pointed out that The LIBI Fund is the only legal channel for providing gifts to IDF soldiers in active duty. “We aim to do something special for every one of our forces,” he said. “Over 95 percent of donations made through LIBI USA go directly towards supporting our troops.”

The LIBI Fund maintains an infrastructure to ensure that every soldier receives what is needed. The organization coordinates campaigns and distributes supplies in partnership with the IDF, guaranteeing that every purchase meets army regulations and every program assists the IDF in its mission to shape the Israeli heroes of today and tomorrow.