Jews in Space, Jewish Aliens, and the Divine Plan

Home » Jews in Space, Jewish Aliens, and the Divine Plan 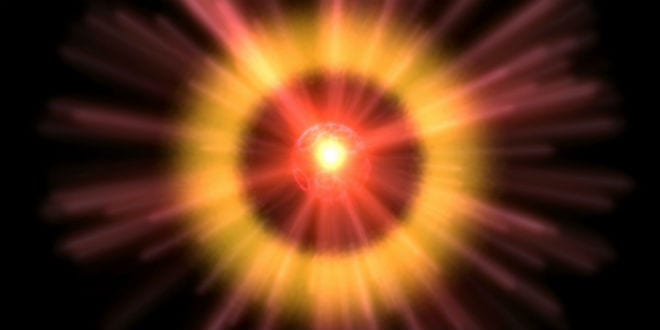 Many would be surprised to discover that Israel has a space program. One possible reason for the low-key nature of the program could be the difficulties space travel poses for Jews.

For example, the International Space Station orbits the earth once every 92 minutes, meaning an observant Jew would be frantically immersed in prayer once every half hour. The Sabbath, which would occur once every 10 hours, would only last an hour and a half, making it difficult indeed to gulp down three kosher rehydrated meals, read the Torah portion, and still take a nap in the ten-minute long Shabbat afternoon.

Yom Kippur, every 22 days, would allow us to repent for smaller batches of sin, but lead us to the technical question of how to blow a shofar while wearing a spacesuit, and would it be kosher if blown in the silent vacuum of outer-space?

Earth-bound Torah scholars are remarkably adept at solving these problems, but the real questions are not about the technical aspects of space travel. The possible existence of extraterrestrials and their place in God’s creation was the subject of intense philosophical and religious discussion way before it was technically possible to meet them on their own turf.

Exotheology is a word that sends the etymological geek-meter spinning, and very few can claim to have even a passing knowledge of this esoteric field. Dr. David Weintraub, professor of astronomy at Vanderbilt University and the author of Religions and Extraterrestrial Life: How Will We Deal With It?, is uniquely qualified to answer questions on the subject. His book presents a staggering array of opinions, ranging from Aristotle’s premise that extraterrestrials cannot possibly exist, to the more recent Enrico Fermi, who, over 600 years later, came to the same conclusion.

“Judaism accepts the possibility of extraterrestrial life. At this level, Judaism is similar to most, but not all other major religions. A few other religions clearly demand and embrace the idea that extraterrestrial life exists.  Except for a few extreme kabbalistic interpretations of a few passages in the Talmud, Judaism does not go that far,” he said.

The professor states that Jewish theology may actually require a belief in extraterrestrials since “there are no limits on the power of the creator. Thus, for Jews to say that no life beyond the Earth could possibly exist would be unacceptable, as such an idea would appear to place shackles on God’s creative power…the universe belongs to God (or is God) and God can do what God wishes to do with the universe.”

There is even a reference, albeit vague, to extraterrestrials in the Bible. The book of Judges 5:20-23 mentions the ambiguous ‘Meroz’, whose inhabitants have free will, and can choose whether or not to heed the call of God.

In any case, Professor Weintraub feels that contact with extraterrestrials will not affect Judaism or other earthly religions in any significant manner.

“Maimonides never considered man that important in the larger universe, though all other medieval and most present-day Jewish thinkers have argued that God is primarily concerned with the affairs of humankind,” he said, referring to a renowned twelfth-century Jewish thinker.

This leads us to the uniquely Jewish scenario: If nine Jewish astronauts find themselves on a new planet just as one or more suns set, can they turn to the crowd of awestruck aliens surrounding them to complete the required quorum for the afternoon prayer? Weintraub feels it would not be proper to begin handing out prayer books. Even if the crowd of newly discovered aliens proves to have free will and are devout, worshipping the one true God, they will not be Jewish.

“Elsewhere in the universe, God might choose to guide others along a different path into a worshipful relationship with God, and if that relationship has a different label, mazel tov. So yes, the God of Judaism is universal, but no, Judaism is not. Judaism is for humans on Earth,” he said decisively.

Of course, in the infinite universe of conjecture, no one can say definitively that it would be impossible to discover a distant planet on which the inhabitants, tiny and more than a little green, eat only the local animals that have cloven hooves (albeit on all six legs) and chew their blue cud.