Luz Bone: The Seed of Resurrection 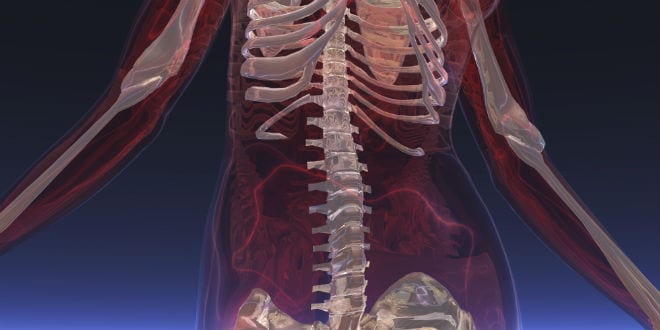 Resurrection of the dead is a religious tenet that may soon become scientific fact. The question is who will get there first: God or scientists?

Many great rabbis are saying that we are in the final days before the Messiah, and though God has his own sense of time, wearing a wristwatch that slowly ticks off the millenniums, he has been challenged to a deadline when it comes to the resurrection.

However, making the decision to begin (or end) a human life is considered by theologians to be the ultimate hubris, usurping God’s position as master of the universe and creator of man. In many ways, cloning could indeed be defined as scientists in the lab trying to copy God’s work. Cloning, after all, does have its source in Jewish mysticism.

When it comes time to resurrecting the dead in Jewish thought, the Luz bone, a tiny bone most people are unaware exists, is very important. The Luz bone is a miniscule bone from the spine, about the size of a barley grain and almost cubic in shape. According to Jewish tradition, it can never be destroyed and receives nourishment from Melava Malka, the meal eaten on Saturday night after the Sabbath ends.

The Jewish source for the Luz bone is in Bereishit Rabba (28:3), a collection of homiletical teachings from the third century, which states:

“(Roman Emperor) Hadrian was grinding bones. He asked Rabbi Yehoshua ben Chananiah: ‘From where does the Holy One, Blessed be He, reconstruct man in the future to come?’ He answered him: ‘From the Luz of the spine.’ Said he: ‘From where do you know this?’. He said: ‘It has come to me (as a tradition), and I will show you.’ They tried to grind it in a mill but it was not ground, they burnt it in fire but it was not consumed, they put it in water but it was not softened, they put it on an anvil and he started to beat it with a hammer but the anvil slipped, the hammer was broken and it remained intact.”

Rabbi isaac Luria Ashkenazi, also referred to as the Ari or Arizal, one of the foremost Kabbalists of all time, lived in Safed in the 16th century. He taught that the Luz bone is located in the place where the knot of the tefillin is placed, where the skull meets the back of the neck. This is generally considered to be the seventh cervical vertebra.

According to tradition, this is the part of God’s neck that  Moses saw when he ascended to heaven to receive the Tablets of the Covenant. Other commentators believed that the Luz bone is located at the bottom of the spine, the tailbone, known to modern scientists as the coccyx.

In the race to resurrect, science got a late start but it has come far since Dolly the sheep was cloned in 1996. Humai, a biotech company based in Los Angeles, is a contender, promising to “reinvent the afterlife”. Their first-stage goal is to transplant the brain of a deceased individual into a “bionic body” created with cloning technology. In an interview with Pop-Sci Magazine, Humai CEO, Josh Bocanegra, explained the process:

“Our mission is fairly simple to understand but obviously difficult to execute. We’ll first collect extensive data on our members for years prior to their death via various apps we’re developing. After death we’ll freeze the brain using cryonics technology. When the technology is fully developed we’ll implant the brain into an artificial body. The artificial body functions will be controlled with your thoughts by measuring brain waves. As the brain ages we’ll use nanotechnology to repair and improve cells. Cloning technology is going to help with this too.”

Throwing down the gauntlet in a clear time-bound challenge to the creator, Bocanegra said, “We believe we can resurrect the first human within 30 years.”

Bocanegra’s claims seem too good to be true, and they very well might be. Little has been heard from his company since its inception and technology still has some major hurdles before science can claim to have one up on God.  Brains and even entire bodies have been cryogenically preserved, though a resurrection, an essential part of Humai’s process, has yet to be attempted.

Transplanting a brain into a donor body, the next crucial stage in the process, will be attempted for the first time next year by Italian neuroscientist Sergio Canavero, though many are skeptical of his chances of success.

So, which one will come first: Cloning or Luz bone? Either way, sometime in the next 30 years, we will probably get our answer.