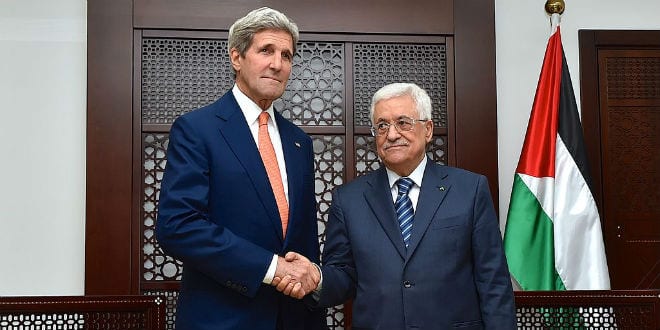 Secretary of State John Kerry said on Thursday that he expects some of the billions of dollars in sanctions relief going to Iran under the nuclear deal will benefit terrorist groups. Kerry was speaking to reporters at the World Economic Forum in Davos in the Swiss Alps. He said there’s very little the US or anyone else can do to stop the unfrozen assets from getting into the hands of the Iran Revolutionary Guard Corps or “other entities” which Iran has supported in the past [e.g. Hezbollah, Hamas].

At the same time, Kerry noted that since the sanctions have been lifted on Iran last weekend, he has seen no evidence yet to suggest transfers to such rogue groups had taken place.

“I think that some of it will end up in the hands of the IRGC or other entities, some of which are labeled terrorists,” Kerry told CNBC television. “You know, to some degree, I’m not going to sit here and tell you that every component of that can be prevented. But I can tell you this, right now, we are not seeing the early delivery of funds going to that kind of endeavor at this point in time.”

When he returns from Davos, perhaps onboard his State Dept. Boeing, Kerry might want to read some of the information the US State Dept. has prepared on the subject of Iran, the state that sponsors terrorism. Here are but a few scant paragraphs:

Although Hamas’s ties to Tehran have been strained due to the Syrian civil war, in a November 25 speech, Supreme Leader Khamenei highlighted Iran’s military support to “Palestinian brothers” in Gaza and called for the West Bank to be similarly armed. In December, Hamas Deputy Leader Moussa Abu Marzouk announced bilateral relations with Iran and Hamas were “back on track.”

In March, Israeli naval forces boarded the Klos C cargo ship in the Red Sea off the coast of Sudan. On board, they found 40 M-302 rockets, 180 mortars, and approximately 400,000 rounds of ammunition hidden within crates of cement labeled “Made in Iran” and believed to be destined to militants in the region.

Since the end of the 2006 Israeli-Hezbollah conflict, Iran has also assisted in rearming Lebanese Hezbollah, in direct violation of UNSCR 1701. General Amir Ali Hajizadeh, head of the IRGC Aerospace Force stated in November that “The IRGC and Hezbollah are a single apparatus jointed together,” and Lebanese Hezbollah Deputy Secretary General Naim Qassem boasted that Iran had provided his organization with missiles that had “pinpoint accuracy” in separate November public remarks.

Iran has provided hundreds of millions of dollars in support of Lebanese Hezbollah in Lebanon and has trained thousands of its fighters at camps in Iran. These trained fighters have used these skills in direct support of the Asad regime in Syria and, to a lesser extent, in support of operations against ISIL in Iraq. They have also continued to carry out attacks along the Lebanese border with Israel.

Rest assured, Mr. Secretary, this is where the money is going.