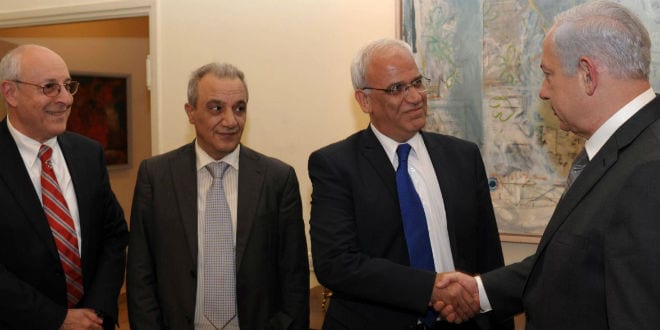 The Palestinian Authority (PA) says the recent wave of terror which has claimed the lives of 29 Israelis could have been worse, as it has foiled some 200 additional attacks since October.

Majed Faraj, director of the PA’s General Intelligence Service, told Defense News magazine that Palestinian security services have confiscated weapons and arrested 100 suspects in an effort to prevent further terror. The magazine stated that the Israeli security establishment would neither confirm nor deny Faraj’s claims.

The efforts to protect the Jewish State serve Palestinian interests, Faraj explained in what he said was his first media interview. “We are sure that violence, radicalization and terrorism will hurt us. It won’t bring us closer to achieving our dream of a Palestinian state.”

Faraj is responsible for security coordination between the PA and Israel, a role he sees as building a bridge to maintain a reasonable atmosphere until negotiations are restarted. “I will continue fighting to keep this bridge against radicalization and violence that should lead us to our independence,” he said.

There is another reason Israel should cooperate with his security forces, Faraj argued: the Islamic State (ISIS). “Now the number of Palestinians supporting them is very marginal, and this is a success of [PA Chairman Mahmoud Abbas]. He changed the culture,” Faraj said. “But if [ISIS] or other extremist groups decide to fight Israel, they will find sympathy in the Arab street.”

Faraj warned of the imminent danger the jihadist group could pose to Israel should the PA collapse, a situation several analysts and government leaders worldwide fear is possible. “[ISIS] is on our border; they are here with their ideology; and they are looking to find a suitable platform to establish their base. Therefore, we must prevent a collapse here, because the alternative is anarchy, violence and terrorism.”

He continued, “We, together with our counterparts in the Israeli security establishment, with the Americans and others, are all trying to prevent that collapse. The experts all know that in case of collapse, everybody will get hurt … They’re already in Iraq, Syria, Sinai, Lebanon and Jordan, but Ramallah, Amman and Tel Aviv must remain immune from them.”