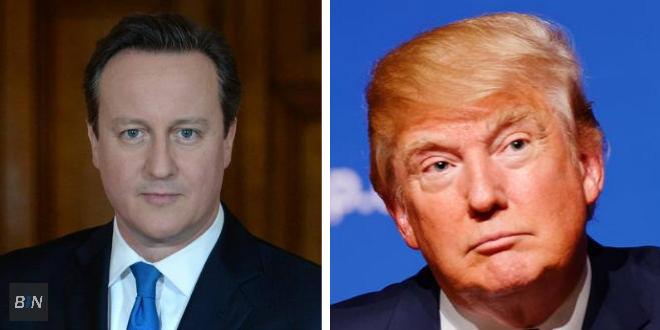 Republican presidential hopeful Donald Trump nearly saw Britain close its doors in his face Monday, CBC News reported. In a hearty, three-hour debate, UK parliamentarians ridiculed the controversial candidate, but ultimately opted not to ban him from visiting their country.

According to UK law, any petition which garners at least 100,000 verifiable signatures automatically triggers a parliamentary debate on the issue. A petition to prevent Trump from coming to the UK drew over 500,000 supporters online.

Others, however, felt differently, for various reasons. Another Labour member, Paul Flynn, who opened the debate, argued Trump had already received too much attention from the public. “The great danger by attacking this one man is that we can fix on him a halo of victimhood. We give him the role of martyrdom, which can be seen to be an advantage among those that support him.”

Conservative Edward Leigh felt barring Trump would be hypocritical. “We oppose Mr. Trump for demonizing his opponents. … If we ban him from the country, are we not in danger of doing the same?”

While Prime Minister David Cameron has called Trump’s comments on Muslims, “divisive, stupid and wrong,” he and other senior lawmakers have said they do not support banning him from the country.

The debate is not merely theoretical: Trump owns a golf resort in Scotland, where his mother was born. Sarah Malone is executive vice-president of Trump International Golf Links, Scotland. She argued “debating a matter raised as part of the American Presidential election” was a waste of parliamentary time.

“Westminster is creating a dangerous precedent on this issue and is sending a terrible message to the world,” she added.

The government holds the authority to deny entry to individuals with criminal convictions or those whose presence is considered not “conducive to the public good.” This law has been applied in the past to prominent figures such as boxer Mike Tyson, rapper Tyler the Creator, radical Muslim preachers and the late Christian fundamentalist Fred Phelps Sr. An effort to reject anti-Islam Dutch politician Geert Wilders in 2009 resulted in a court battle which Wilders ultimately won.

UK debates banning TrumpA petition to ban Donald J. Trump from the UK was debated in the UK’s parliament Monday.Trump was labeled “poisonous,” “a buffoon” and even a “wazzock” — British slang for “a stupid or annoying person.” https://cnn.it/1QcizKI