These Four Contenders for Biblical Villain Gog Might Surprise You

Home » These Four Contenders for Biblical Villain Gog Might Surprise You 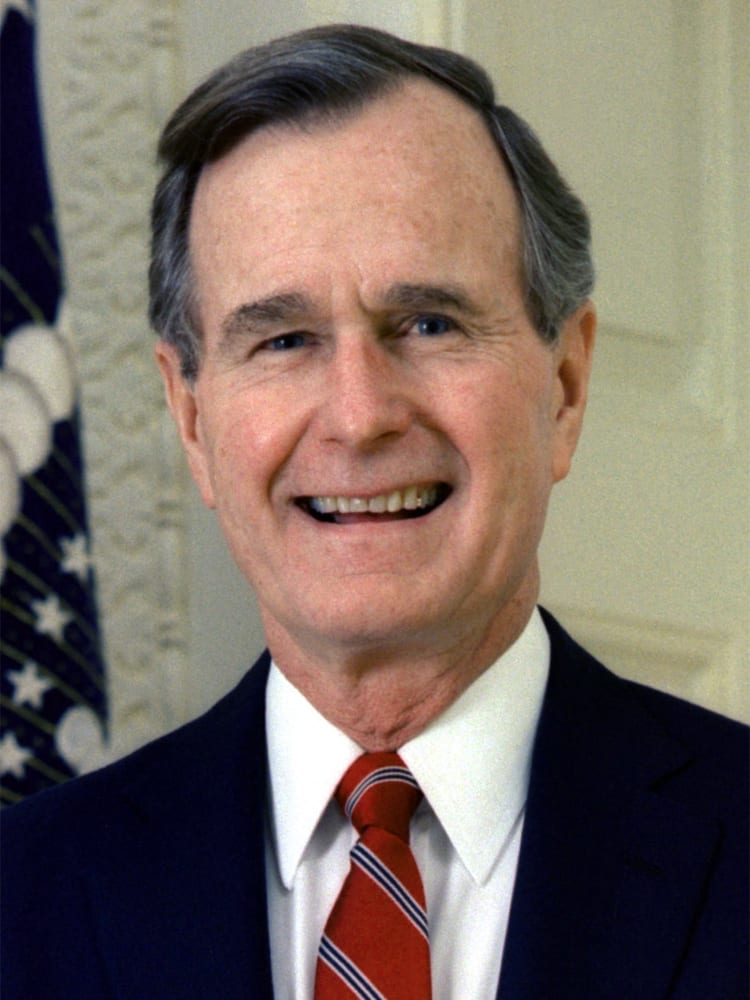 The true identity of Gog, the End of Days character from the Book of Ezekiel’s apocalyptic scenario, has been shrouded in mystery for many centuries. Today, in Jewish sources, there are four contenders for the title: former US President George H.W. Bush, Russian President Vladimir Putin, current US President Barack Obama, and, in a surprising new twist, the United Nations itself.

In chapters 38 and 39 of the Book of Ezekiel, Gog is mentioned a number of times. Gog is generally understood to be a political and/or military leader and Magog is his nation.

Noting the similarity between the names Gog and George, the staunchest proponent of the idea that Bush is Gog is Menachem Robinson, End of Days blogger at The Absolute Truth. As far back as this blog post from April, 2012, Robinson has been claiming that George H.W. Bush is Gog.

Robinson places Bush as the head of the Bilderberg Group, a shadowy group of finance industry experts and political leaders from Europe and North America who have been meeting secretly since 1954. Robinson places blame on Bush and the Bilderberg Group for a series of international crises, including 9/11 and the creation of ISIS and ties these to an attempt to establish a New World Order.

Speaking to Breaking Israel News, Robinson said, “I have decades of research and over a thousand pages of proof of who is Gog and where Magog is…. Gog knows how illogical his evil is and relies on the world not believing it. Since he is trying to institute the New World Order by causing World War III and eliminating 90 percent of the world population, it makes him more dangerous and evil than any other tyrant in history… Gog knows this and relies on the fact that people would never believe that he is the most dangerous person on Earth.”

There are two compelling supports for the theory, widely believed by Christians, that Gog is not George H.W. Bush, but rather Russia’s president Vladimir Putin. The first comes from Ezekiel 38:14-15 which identifies Gog as coming “out of the uttermost parts of the north”.

Therefore, son of man, prophesy, and say unto Gog: Thus saith the Lord GOD: In that day when My people Israel dwelleth safely, shalt thou not know it? And thou shalt come from thy place out of the uttermost parts of the north, thou, and many peoples with thee, all of them riding upon horses, a great company and a mighty army.

Russia is so far north that part lies beyond the Arctic Circle. In addition, Russia has recently become involved in the Middle East, particularly with Syria, which lies to the north of Israel.

The second connection, recently reported in Breaking Israel News, is that the Vilna Gaon, an important 18th century rabbi, spoke about Russia’s military role during the End of Days

“When you hear that the Russians have captured the city of Crimea, you should know that the times of the Messiah have started, that his steps are being heard. And when you hear that the Russians have reached the city of Constantinople (Istanbul), you should put on your Shabbat (Sabbath) clothes and don’t take them off, because it means that the Messiah is about to come any minute,” he said.

In November 2015, Breaking Israel News reported on a 15 year-old Israeli boy named Natan and his near death experience. In the video that accompanied the story, Natan declared with certainty that President Barack Obama is Gog and that he will lead the whole word into the war of Gog and Magog, as Ezekiel prophesied in chapter 39.

Natan: I am certain of who it is.
Rabbi: Who is it?
Natan: Obama. President Obama.
Rabbi: He will start Gog uMagog?
Natan: He will be the one who starts that war. He will bring his whole army. He will start the war here.

As Breaking Israel News recently reported, President Obama has been campaigning to replace Ban Ki-Moon as the Secretary General of the UN. This adds another layer to the idea that Obama might be involved in the coming War of Gog and Magog.

End Times author and scholar Rabbi Pinchas Winston spoke with Breaking Israel News about the role of the UN in the War of Gog and Magog.

“I have long held that the UN will be the main antagonist for the Jewish people for the final battle. It was Sancheriv’s (Sennacherib’s) international force that sieged Jerusalem in Chizkiah’s time, which would have made it Gog and Magog had Chizkiah gone the full distance to be Moshiach (Messiah). It makes sense that the same thing will occur in Moshiach’s time, and a UN ‘peacekeeping force’ fits the bill.

“Many thought the President [Obama] could fulfill a Gog-like role from the Oval Office. That however did not seem likely and so far, it’s not happening. Even if the President wanted to go to war against Israel, Congress is not yet there to allow it. They may, however, not be as far from that position as we think, especially if God wills it.”

More likely, said Winston, is that Obama would fulfill the role as the leader of an international force. “He could interfere with Israel more successfully with an international mandate than he could as the President of a single country, even if it is the main superpower… Maybe he is the reincarnation of Sancheriv,” he suggested.

Four contenders for the role of Gog in the final battle of Gog and Magog. Only time will tell whether any of these are the ultimate Biblical rival against God.