The Planet Nibiru and the Apocalypse

Home » The Planet Nibiru and the Apocalypse 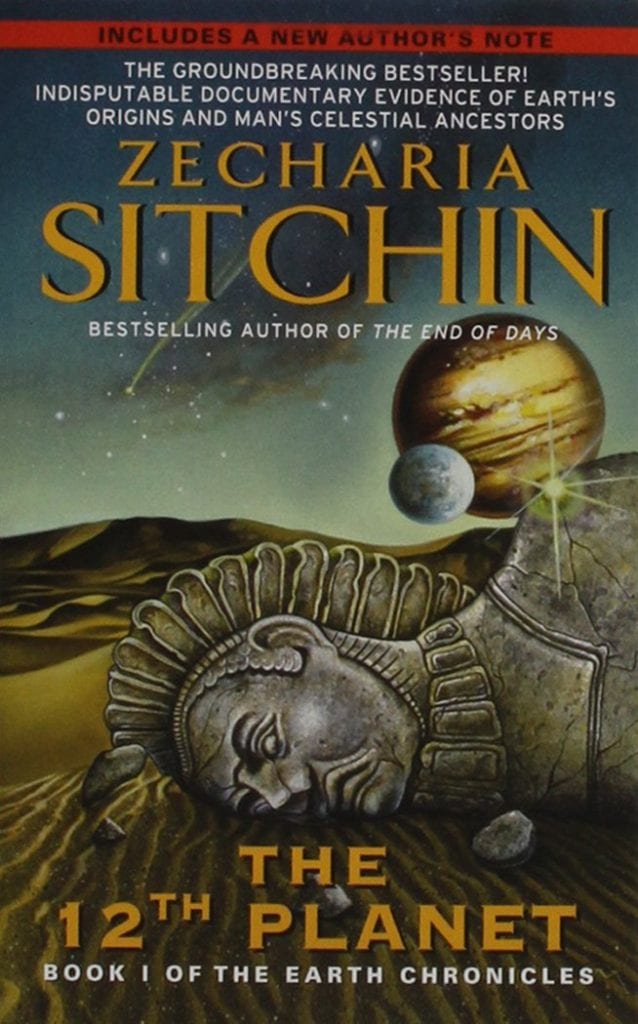 A bizarre apocalyptic scenario that originated decades ago is being raised again by autistic religious Jews in Israel who reportedly communicate spiritual messages through facilitated communication. Every aspect of this story is shrouded in controversy.

The Original Theory of Nibiru

Zechariah Sitchin (1920-2010) was a Russian-born Jewish scientist and author who suggested that there is a planet beyond Pluto called Nibiru (sometimes referred to as Planet X) which passes through our solar system every 3,600 years.

Approximately 50 years ago, Sitchin determined that Nibiru was about 50 years away from coming close again. According to the theory, its anticipated reappearance is expected to result in extensive damage to Earth’s land masses and death to millions. This kind of dramatic End of Days event could be seen as the fulfillment of these dark verses from the first chapter of Zephaniah:

15 That day is a day of wrath, a day of trouble and distress, a day of wasteness and desolation, a day of darkness and gloominess, a day of clouds and thick darkness, 16 A day of the horn and alarm, against the fortified cities, and against the high towers. 17 And I will bring distress upon men, that they shall walk like the blind, because they have sinned against the LORD; and their blood shall be poured out as dust, and their flesh as dung. 18 Neither their silver nor their gold shall be able to deliver them in the day of the LORD’S wrath; but the whole earth shall be devoured by the fire of His jealousy; for He will make an end, yea, a terrible end, of all them that dwell in the earth.

Sitchin’s books have sold millions of copies and have been translated into more than 20 languages. In his best-selling book, called The Twelfth Planet, first published in 1991, Sitchin introduced the theory of Nibiru. His ideas are exceedingly controversial among scientists and academics who claim that his work is based on flawed reasoning, mistranslations and inaccurate assertions.

In an article on the NASA website titled Beyond 2012: Why the World Didn’t End, NASA scientists respond to a question about Nibiru, calling it “an Internet hoax”. Their full comment is, “Nibiru and other stories about wayward planets are an Internet hoax. There is no factual basis for these claims. If Nibiru or Planet X were real and headed for an encounter with the Earth in 2012, astronomers would have been tracking it for at least the past decade, and it would be visible by now to the naked eye. Obviously, it does not exist.”

The theory of a celestial body called Nibiru headed toward Earth recently reappeared in the communications of three Orthodox Jewish men in Jerusalem. Daniel, Binyamin and Menachem are autistic and cannot communicate through normal means. They rely on a controversial technique, known as facilitated communication, in which the autistic person is given an alphabet board or a computer keyboard to spell out words.

Facilitated communication has been in use since at least 1985 as a way of communicating with those who cannot speak normally. Proponents of the technique claim that people with debilitating autism or severe mental retardation actually can communicate if given physical support to type on an alphabet board or keyboard.

The Autism National Committee, an autism advocacy organization, has a policy approving of facilitated communication, which reads, “Facilitated Communication is one accepted and valid way in which individuals with autism can exercise their right to say what they have to say.”

Opponents of facilitated communication claim that the facilitator is actually the one doing the  communicating. In an article published in 2003, the American Psychological Association concluded, “The short version of this long story is that study after study showed that facilitated communication didn’t really work. Apparently, the positive results that had generated so much enthusiasm were the results of a subtle process in which well-intended facilitators were answering questions themselves – without any awareness that they were doing so.”

Talk About Nibiru Reemerges in Jerusalem

In the last few days of December 2015, Menachem, Daniel and Binyamin all spoke, through facilitated communication, about Nibiru. Together, they paint a picture of apocalyptic devastation from which only the Land of Israel remains unscathed.

On December 23, 2015, a facilitated communication session was recorded with Menachem in Jerusalem. During that session, Menachem spoke about Nibiru and introduced the idea that world leaders are preparing for the inevitable doomsday collision by preparing elaborate bunkers.

“They’re following this thing, but not reporting on it. They went silent on the subject, they didn’t speak of it further, only preparing, they started digging, to make bunkers. It’s a fact. And now there are bunkers also in Israel, there’s one very large bunker for the ‘important people’ of the state, who will leave the rest of us outside – and they’ll be inside. I’ll tell you a secret: if it will be this way – then woe to those who are inside… and the people who are outside, those who have trust in Hashem (God) – they’ll be saved. And another interesting thing I’ll tell you, that they made calculations and measurements, and where is the most, most safe place in the world with regard to this whole event?… They reached the conclusion that it’s Jerusalem, ‘the safest place is Eretz Yisrael (the Land of Israel) – and mainly Jerusalem.’”

On December 27, 2015, a facilitated communication session was recorded with Daniel in Jerusalem. During that session, Daniel spoke about the devastating effects of Nibiru:

“The effects of ‘Nibiru’ will be giant tsunamis with waves 100 meters high, earthquakes, tornadoes, erupting volcanoes, there will be a hit to nuclear reactors that will cause radioactive contamination like in Fukushima, Japan. And there won’t be electricity, and there won’t be clean water, and there won’t be food – it will be a very difficult situation. We in Eretz Yisrael will be like in Noah’s ark.”

Responding to those who claim everything about Nibiru is a hoax, Daniel said:

“They’re trying to say that the issue with this star is all nonsense, but it’s not nonsense. There are those who are saying exactly when they think it will arrive, it’s also not for certain, but I’m certain that this matter itself is correct, because it’s written exactly in all kinds of our sources, and every Torah-scholar can show you…”

On December 30, 2015, a third facilitated communication session was recorded, this time with Binyamin in Jerusalem. During that session, Binyamin referred to an impending, doomsday disaster that “will destroy two-thirds of the world” and suggested that it is connected to Nibiru, which he called “the matter of the star.”

“And I say to you: there’s going to be a huge disaster. A huge disaster, really. Hashem (God) – He’s the only one Who can destroy the world that He Himself created. It will be a huge disaster, and this disaster will destroy two-thirds of the world. And it will leave Eretz-Yisrael (Land of Israel) complete… Now you want to know how it will happen… I don’t know exactly, but from all the possibilities I’ve heard, the matter of the star – it seems to me the most real.”

The claim of the existence of a Planet Nibiru, whose collision will devastate Earth has been repeatedly debunked, as recently as February 2014, March, 2014 and July 2015.