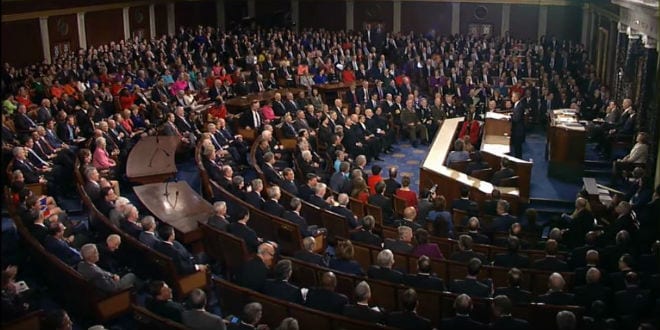 A few hours after Iran released the 10 US Navy sailors it had detained and held overnight, the US House of Representatives passed a measure which would impose stricter oversight of the Iran nuclear deal that is expected to be implemented within days.

The Republican-backed Iran Terror Finance Transparency Act passed with a vote tallying 191-106 on Wednesday. US President Barack Obama has said that the measure could cause the collapse of the nuclear deal, and that he would veto the bill if it passed through both houses of Congress.

As the legislation passed with less of a two-thirds majority, Congress would not be able to override a potential presidential veto, though another vote will be held in the House on January 26.

The legislation, which is designed to “provide more Congressional oversight” over US economic sanctions with Iran, was passed less than a day after a tense incident in which the Iranian Guard detained two US Navy vessels and 10 American sailors because they had, according to Iran, trespassed into Iranian waters.

After first demanding that the US apologize for the violation, Iran released the 10 sailors unharmed early Wednesday. The White House said that the quick resolution of the precarious situation was due to new lines of communication which the US had established with Iran over the course of negotiating the nuclear deal.

The deal, which is set to go into effect within the month, mandates that Iran dismantle elements of its nuclear program, in return for which the international community will lift nearly all economic sanctions and embargoes on the country.

The Iran Terror Finance Transparency Act would prevent the president from lifting sanctions on Iranian individuals and entities if his administration could not prove that the entity was not a “terror financier, human rights abuser, or involved in the proliferation of weapons of mass destruction.”

White House officials say that if the bill is passed, it will prevent the US from carrying out its obligations in the nuclear deal and could destroy the hard-won agreement, rendering it null and void.

The Obama administration fought for months to negotiate the terms of the deal, and then faced significant opposition within Congress. The nuclear deal’s many opponents, including Israel, say that it removes Iran’s obstacles to obtaining a nuclear bomb while allowing billions of dollars in trade and frozen assets to pour into the country, potentially financing terrorism.

Nevertheless, the deal passed through Congress. Iran is nearing completion of its requirements, which include exporting 25,000 tons of enriched uranium. Last week, Secretary of State John Kerry said it would likely be implemented “within days.”

Despite several worrying incidents in which Iran blatantly violated terms of previous UN agreements by testing ballistic missiles, some in close proximity to US Navy warships, and despite Iran’s recent seizure of 10 Americans, the Obama administration has been reluctant to impose any additional sanctions or restrictions, ostensibly fearing that such a move could lead to a breakdown of the nuclear deal.