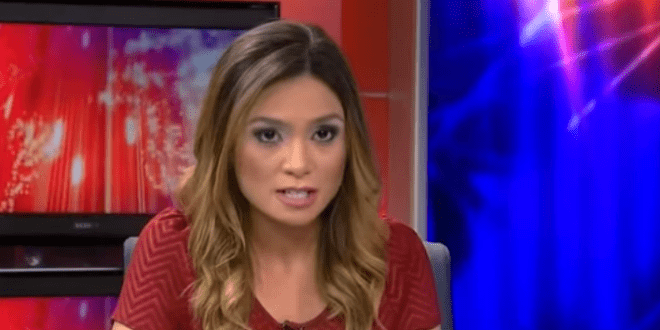 Wahl published an op-ed in the Jerusalem Post Tuesday, sharing her experiences and explaining the motivation behind the film.

In March of 2014, at the height of the Russian-Ukrainian conflict over Crimea, a disillusioned Wahl resigned her post with RT America on-air over her growing discomfort with her employer’s role in distorting media coverage of the events. Her actions created a firestorm on social media, but “I found the wave of anti-Semitic hate particularly shocking and confusing.”

Wahl is not Jewish, nor does she have any ties to Israel. Yet, “the accusations of being a ‘Zionist neocon’ were unrelenting.”

A journalist based in Washington, DC., Wahl has appeared on CNN, MSNBC, Fox News, The View, The Colbert Report and international news outlets. Her experiences with Russian media accustomed her to the knee-jerk accusations of “a paranoid population attributing any atrocity to a nefarious conspiracy by power-hungry evildoers intent on controlling the world.” However, she was surprised to see the Jews blamed for the events in question, and even more so to be charged with being a part of it.

Ultimately, however, Wahl realized this was nothing new. The Jewish people had been scapegoats for centuries. Wahl herself had watched as people’s opposition to Israel’s treatment of Palestinians had shifted into blatant anti-Semitism, even at her own TV station. She began to notice, as well, the proliferation of anti-Semitic sentiment among far-Left leaders in the US.

Following the decidedly “uncool” personal brush with anti-Semitism, Wahl decided to investigate the role the media plays in propagating hatred. The resulting film, “Media 101: Reading Between the Lines”, was produced in conjunction with Jerusalem U, a Jewish educational organization.

The film, narrated by Wahl, explores both the impact of the media and the tools available to the public to combat such misinformation and animosity.

Wahl points to the dangers posed by the “constant bombardment” of social media today. “How can we control the flames?” she asks. “I believe that education and awareness can be powerful tools against hate and bigotry.”

“‘Media 101’ not only sheds a light on where anti-Jewish sentiment might come from, but also on how we can identify different types of media bias and how we can all be wiser and more responsible information consumers.”