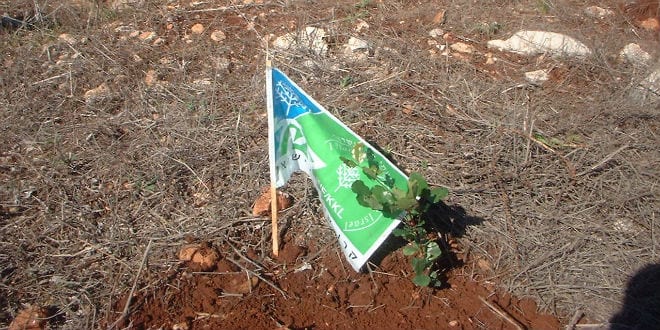 While a wave of knife-stabbing and car-ramming attacks has engulfed Israel over the past few months,  the Keren Kayemeth LeIsrael – Jewish National Fund (KKL- JNF) has not forgotten the potential threat of Gaza rocket attacks on southern Israel’s residents.

Over the past few years, the KKL-JNF partnership has used its specialization and expertise in the planting of trees and forests over many decades, to implement a forest project that would provide some kind of security buffer for the Israeli communities located on the border with the Gaza Strip.

“The people living in communities bordering on Gaza are constantly exposed to artillery and missile attacks, when driving along local roads, to and from their fields, and even within the boundaries of their own communities,” said KKL media adviser Omri Benhanan to Tazpit Press Service (TPS).

“In order to remedy the situation,  KKL-JNF and the IDF have decided on a policy of planting trees that will serve a triple benefit to residents of the south,” continued Benhanan. “These rows of trees will not only block the vision of terrorist firing into Israel, but will also provide pleasant scenery and shade.”

The rows of trees, which were strategically planted along main transportation routes next to the Gaza security fence, take up approximately 12 kilometers averaging about one kilometer of trees for each of the eleven communities located in the Gaza Belt.

KKL-JNF did not only address the location of the trees when implementing this project but also carefully considered the type of trees chosen to plant.

“The tree selected were mostly eucalyptus, which, according to experts, provides a solution for the security issue, since they are tall and therefore conceal the communities optimally,” explained Benhanan to TPS.

“Another reason for the eucalyptus tree is the rapid growth rate,” Benhanan added. “Within a few years, the trees should reach a height of eight meters, and within one year they will already facilitate defense of the communities and thereby achieve the goal.

The eucalyptus trees will also serve as a boon for Israel’s honey industry.

“These trees were chosen also because they will provide the bees with nectar for producing eucalyptus honey, which is known for its good qualities,” Elhanan told TPS. “We are working with the Israel Honey Council to plant trees that serve as pasture to bees, enhancing honey production in the region.”