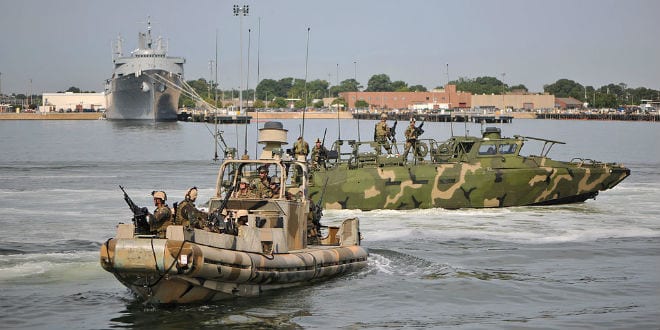 Iran set free 10 US Navy sailors Wednesday afternoon after it captured two US Naval ships that had drifted into Iranian waters after experiencing mechanical difficulties on Tuesday evening.

The Iranian government quickly accused the sailors – nine men and one woman – of trespassing and held them overnight on an Iranian base on Farsi Island in the Persian Gulf.

US officials said they spoke with Iran, who assured them that the crew and ships would be safely returned. However, a standoff ensued between Washington and Tehran after Iranian officials made repeated statements that the sailors may not be released after all.

Iran Revolutionary Guards spokesman says that talk of immediate release of U.S. sailors is speculation: “I cannot confirm or deny that.”

A US official told the media that US Secretary of State John Kerry, upon learning of the incident, immediately called Iranian Foreign Minister Mohammed Javad Zarif. Kerry “personally engaged with Zarif on this issue to try to get to this outcome.”

Erdbrink quoted an Iranian admiral as saying, “[Foreign Minister Mohammad Javad] Zarif took a firm stance and (told Kerry) that the sailors were in our waters. They need to apologize.”

IRGC spokesman Ramazan Sharif told Tasmin news agency, as quoted by Reuters, “What others say about the sailors’ prompt release is their speculation, and I don’t confirm or deny it.”

According to Pentagon spokesman Peter Cook, the Riverine boats were on training maneuvers between Kuwait and Bahrain when the Navy lost contact with them, the Associated Press reported. Unspecified mechanical trouble caused the boats to drift into Iranian maritime territory, where they were quickly picked up by Iran.

“We have been in contact with Iran and have received assurances that the crew and the vessels will be returned promptly,” said Cook.

The sailors are part of the Riverine Squadron 1 based in San Diego and were deployed to the US Navy’s 5th Fleet in Bahrain. According to officials, upon losing contact with the low-tech boats, ships and aircraft attached to the USS Harry S. Truman aircraft carrier were deployed and began searching the area.

The international incident came a mere hours before US President Barack Obama was to deliver his final State of the Union address to Congress.