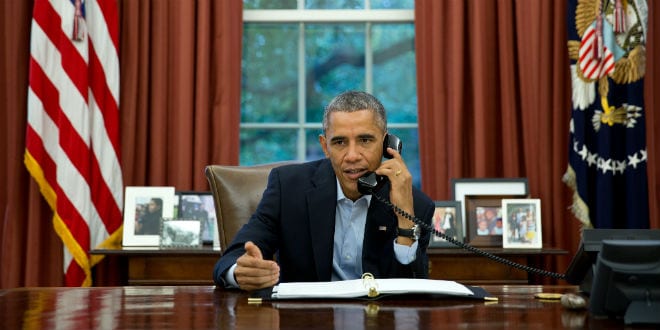 The White House said on Monday that if a current bill forcing more restrictions on Iran is passed through Congress, President Barack Obama will veto it.

The bill, called the Iran Terror Finance Transparency Act, or H.R. 3662, would “provide more Congressional oversight over US economic and trade sanctions” with Iran by prohibiting the president from lifting certain sanctions unless specific certifications are provided to Congress.

According to the Obama Administration, the bill will prevent the US from meeting the conditions of the Iran nuclear deal, which is due to be implemented in coming days. Under the terms of the deal, if Iran dismantles certain elements of its nuclear program, the US and other world powers will lift heavy sanctions on the country, enabling millions of dollars to flow into Iran’s economy.

The bill, which was authored by Republican Congressman Steve Russell and passed the House Foreign Affairs Committee last week, would prevent the president from lifting sanctions on specific Iranian individuals and entities unless the Administration can prove that the entity is not a “terror financier, human rights abuser, or involved in the proliferation of weapons of mass destruction.”

However, Washington says that the bill would “prevent the United States from implementing the Joint Comprehensive Plan of Action (JCPOA) by tying the Administration’s ability to fulfill US commitments under the deal to unrelated, non-nuclear issues.”

The White House warned that if the bill passes, it could result in the collapse of the nuclear deal, which the Obama administration fought hard to push through Congress despite strong opposition. Israel also campaigned fiercely against the deal, which it said would be far too lenient on Iran.

As Implementation Day approaches, the administration has shown signs of nervousness, backing off from several threats to impose special sanctions following several instances of Iran violating the terms of a UN agreement by testing ballistic missiles. Ostensibly, the US’s reluctance is due to fears that extra sanctions could lead to a breakdown of the deal.

In the event of such a failure, the White House said in Monday’s statement, all of Iran’s obligations would be considered void, and constraints against its nuclear program removed. A breakdown of the deal would also lead to “the unraveling of the international sanctions regime against Iran” and “deal a devastating blow to America’s credibility as a leader of international diplomacy.”

Apart from the Iran deal, the administration’s perceived weakness in the face of Iran’s brazen missile violations has been sharply criticized by American lawmakers. Last week, a group of House Democrats sent Obama a letter demanding that Obama respond to the weapons tests.

“Inaction from the United States would send the misguided message that, in the wake of the JCPOA, the international community has lost the willingness to hold the Iranian regime accountable for its support for terrorism and other offensive actions throughout the region,” the letter read.

Even Democratic Senator Chris Coons, who initially helped Obama secure the passing of the nuclear deal in Congress, expressed concerns over the administration’s hesitation to impose sanctions as a result of the missile tests. “We should take action, and I think that’s critical to our demonstrating a determination to hold Iran accountable for its acts,” he said on Monday.

However, the administration is determined to knock down any obstacles blocking the path to Implementation Day.

“The President has made it clear that he will veto any legislation that prevents the successful implementation of the JCPOA,” read Monday’s statement.