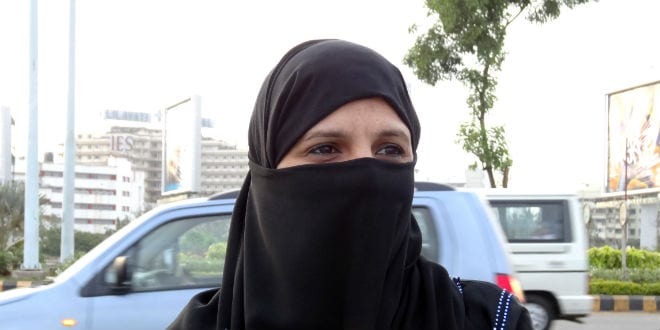 Last year while fleeing war-torn Syria, a refugee offered his wife’s rape as payment to smugglers for his family’s passage to Europe, reported the New York Times. The 30-year-old mother of four was raped almost daily for three months during the journey, by her husband as well as the smugglers.

The husband volunteered his wife as payment when he ran out of money to pay for the passage. When the family reached Europe, the woman obtained a restraining order against him. She now has asylum and is living in Berlin with her children, but still fears reprisal from her husband or from his family.

The woman refused to divulge her name out of terror that he or one of his relatives will kill her for bringing “dishonor” to the family. According to Susanne Höhne, a psychotherapist at a center in west Berlin which specializes in treating traumatized female refugees, she suffers from post-traumatic stress disorder (PTSD), with symptoms of flashbacks, insomnia, and difficulty concentrating.

In a similar story, a young mother of three stranded in Turkey was robbed and left without money to pay the smuggler, who then offered her a free passage – if she would have sex with him.

“Everybody knows there are two ways of paying the smugglers,” the woman told the New York Times. “With money or with your body.”

When she refused to sleep with the smuggler, he became angry, and came into her room that night threatening her and her three daughters. She chased him away, and her family ended up having to stay in Turkey for nearly a year until she could earn enough money to pay the passage.

Sexual violence against refugee women has become endemic among the Muslim migrant population. According to German social work organizations, more and more women and young girls in Germany’s refugee centers are the victims of rape and sexual assault; some are even forced into prostitution.

While Germany’s laws are well-equipped to handle domestic abuse, the difficulties of overcoming the differences between western and eastern cultures has made it hard for German authorities to enforce the rules. Women, used to being “in the shadow” of men, are unwilling to come forward with cases of abuse.

The conditions of refugee centers are also conducive to sexual abuse, says the UN refugee agency. “Men, women and children sleep in the same areas,” said William Spindler, a representative of the agency. All throughout Europe, “cases of sexual violence and family violence have been reported to our staff in the field.”