New Mossad Chief: I am Confident the Mossad can Handle Iran

Home » New Mossad Chief: I am Confident the Mossad can Handle Iran 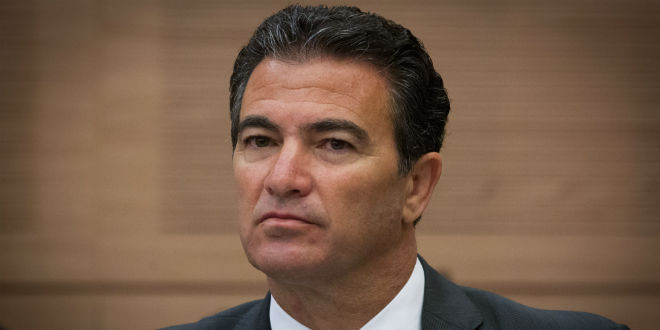 At his swearing-in ceremony on Wednesday, the new head of the Mossad intelligence agency said that the Iran nuclear deal has “significantly increased” the threat to Israel represented by the Islamic regime.

That threat is the key challenge faced by Mossad, said new chief Yossi Cohen, adding, “Despite the nuclear deal — I think because of it — the threat has significantly increased.”

The deal will lift sanctions on Iran and allow millions of dollars to pour into the country, and has been strongly opposed by Israel, which believes that the agreement is too lenient and will ultimately enable Iran to build a nuclear weapon quickly and easily.

Cohen said that the ongoing conflict in the Muslim world and the growth of individual terror organizations in the region threaten the entire world, and particularly Israel. He blamed “fanatic Islam” for the destabilization of the Middle East.

“Israel is at the epicenter of the storm gripping the Middle East in recent years,” Cohen said. “Fanatical Islamic extremism is rolling across countries, and causing their collapse.”

He said that Iran’s calls for Israel’s destruction are made the more serious as Iran is “intensifying its military capabilities and strengthening its grip on the region”, and that the country uses terror to achieve its goals.

Nevertheless, he said, the Mossad is ready and able to meet the challenges posed by Iran. “I am confident the Mossad will be able to build the strength necessary (to counter the challenges) and form an appropriate response,” Cohen declared.

Prime Minister Benjamin Netanyahu, who presided over the ceremony, said that Mossad bears an immense responsibility. “Our strength is contingent on the willingness of some of our best sons and daughters to bear the burden of ensuring life, liberty and prosperity of the nation,” he said, adding, “I trust you, Yossi, as does all of Israel.”

Netanyahu voiced sharp criticism of the deal as final negotiations by the P5+1 committee were concluded over the summer. He said that it was a “bad mistake of historic proportions” and would not only enable Iran to finance terror activities with the increased revenue brought in by the lifting of sanctions, but “pave the way” for Iran to possess an arsenal of nuclear weapons.