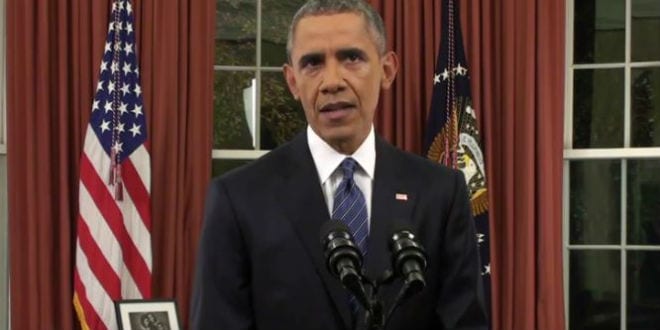 On Wednesday, a group of US lawmakers sent a letter to President Barack Obama demanding that he impose sanctions on Iran following several ballistic missile tests which violated international agreements.

“We condemn Iran’s blatant violation of international law, and urge the Administration to act immediately with punitive measures,” the letter read. “Iran’s destabilizing behavior in the region and continued support for terrorism represent an unacceptable threat to our closest allies as well as our own national security.”

The Democratic lawmakers added that in light of the upcoming implementation of the Iran nuclear deal, it is vital that Iran “understand that violating international laws, treaties, and agreements will have serious consequences.”

The implication is that if Iran goes unpunished for violating previous agreements, it will have little cause to keep to the terms of the nuclear deal.

“We call on the Administration to immediately announce new, US sanctions against individuals and entities involved in Iran’s ballistic missile program to ensure Iran is held accountable for its actions,” the letter demanded.

It warned that inaction from the US would “send the misguided message” that the international community has “lost the willingness to hold the Iranian regime accountable for its support for terrorism and other offensive actions throughout the region”.

Iran’s behavior, the letter said, including the ballistic missile tests, “poses a direct threat to American national security interests and those of our allies.”

Iran first attracted the world’s ire when it conducted a ballistic missile test in October which the UN Security Council strongly condemned, saying that it was a violation of a previous agreement. The US threatened to impose sanctions at the time, but ultimately did not.

Iran tested another missile in November, and in December, it fired a series of missiles within close range of three US warships traveling through the Gulf, raising hackles in the US military, which called the act “highly provocative”.

Following the Gulf incident, the US was once more reported to be preparing sanctions against Iran, but at the last minute, the Obama administration backed off and decided not to implement them.

On Tuesday, Iran aired footage on state television of an enormous new underground missile silo built to hold Iran’s arsenal of Emad missiles, the construction of which was deemed illegal by the UN.

Despite Iran’s defiance of international regulations and agreements, Implementation Day of the nuclear deal, on which nearly all existing sanctions on Iran will be lifted, is quickly approaching. According to experts, Iran is on track to meet its requirements within a number of weeks. Whether or not it will keep to the terms of the agreement is a matter of doubt among many members of the international community, including Israel, which strongly opposed the signing of the deal.