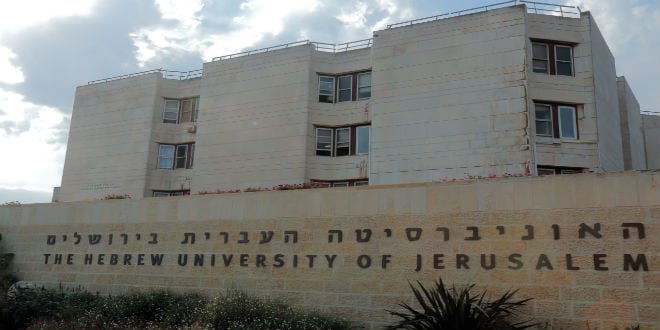 The Wikipedia Ranking of World Universities, a new technology-based ranking of the world’s most influential universities, has ranked seven Israeli academic institutions in the top 250 universities worldwide, cementing Israel’s position as a global leader in academic research.

The UK led the rankings, with Cambridge and Oxford taking first and second place, followed by American universities Harvard, Columbia, and Princeton. Outside the US and the UK, Humboldt University of Berlin in Germany ranked highest at 11th place followed by Uppsala University in Sweden in 15th place.

The Wikipedia Ranking of World Universities is based on a computerized analysis of the number of times that institutions of higher education are mentioned in Wikipedia. The new ranking applies algorithms used by Google to rank websites in search engine results against the number of references to universities in the 24 different language editions of Wikipedia.

The new ranking method produced results that have an overlap of about 60% with the Top 100 and a 90% overlap with the Top 10 in the Academic Ranking of World Universities, also known as the Shanghai Ranking and widely considered the most objective ranking of the world’s universities.

The creators of the Wikipedia ranking methodology claim that the ranking is intended to avoid cultural, historical or geographical biases that can affect traditional ranking systems.

“Ranking approaches are based on human selection rules which cannot be comprehensive and may favor certain cultural choices and preferences,” researchers Jose Lages and Antoine Patt of the Université de Franche-Comte and Dima L. Shepelyansky of the Université de Toulouse wrote in a paper.

“It is thus useful to have an independent statistic method which would rank universities independently of any human rules,” they added. “The Wikipedia ranking can be viewed as a new independent ranking that complements already existing approaches. We hope that our method will be used often together with other rankings.”

The complete ranking of the top 1,025 universities can be found here.