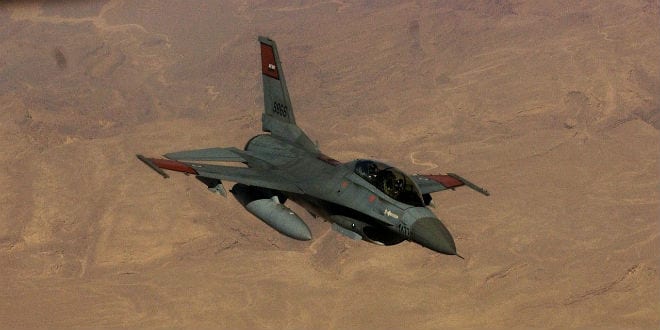 The Egyptian air force launched a series of airstrikes on Saturday that killed up to 60 ISIS militants who had been operating from bases in northern Sinai, local media reported.

Apache helicopters belonging to the Egyptian air force targeted structures belonging to an ISIS-affiliated terror group which has been attacking Egyptian soldiers and civilians for the past two years.

The group, Wilayat Sinai, is located in the Sinai town of Sheikh Zuwaid, which is said to be a hotbed for extremism. Wilayat Sinai aligned itself with ISIS in 2014, and has since been responsible for a number of deadly attacks on Egyptians.

In November, Wilayat Sinai claimed responsibility for bringing down a civilian Russian airliner over the Sinai in a crash which killed all 224 passengers.

Following Saturday’s airstrikes, the helicopters circled the area in pursuit of individual terrorists who escaped on motorcycles. Reports on the number of insurgents killed in the strikes ranged between 40 and 60.

The airstrikes were accompanied by ground operations in El-Arish, Zuwait, Rafah, and central Sinai, carried out by Egyptian military and police forces. The raids involved special counter-terrorism forces and the use of artillery. An unspecified number of insurgent were killed, and unregistered cars and motorcycles used by Wilayat Sinai were captured and destroyed.

Egypt has struggled with ISIS-affiliated terror groups in the Sinai, whose mountainous terrain and empty plains provide effective hiding places and make finding the militants very difficult, especially as they rarely communicate using phones. The Egyptian military has focused efforts on Wilayat Sinai with a campaign called “Operation Right of the Martyr 2”, but has not yet succeeded in rooting out the terror group.

As part of its efforts, the Egyptian air force has used Israeli airspace – with Israeli permission – to fly over the Sinai in order to carry out airstrikes. Though the fighting in the Sinai has not yet spilled over into Israel, the IDF is keeping a close watch on Israel’s southern border with Egypt.