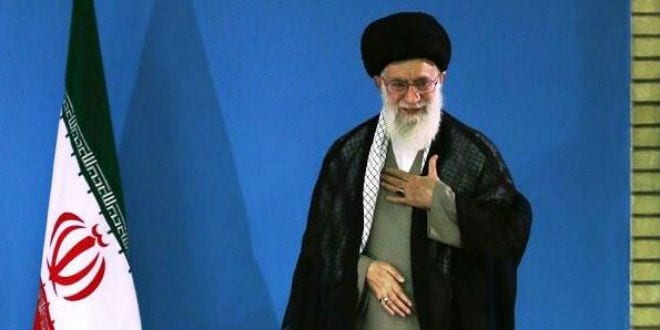 Iran’s supreme leader Ayatollah Ali Khamenei said on Tuesday that the United States seeks to destroy Islamic civilization and made allegations that the US had created ISIS, reported Iranian news agency Fars.

Addressing a gathering of Muslim scholars and political figures at the 29th International Islamic Unity Conference in Tehran, Khamenei proclaimed that one of the “main tools” of the enemies is “creating divisions among Muslims”.

He said that Americans are against the principles of Islam, and though some current US leaders profess support of the religion, in reality they are hypocrites and liars.

In one of the most stunning accusations made in the speech, he alleged that the US itself had created the Islamic State when he said that an example of the US “fomenting differences among Muslims” was its “creating terrorist groups like Daesh (ISIS) and other groups that have been created through the funding of US affiliates and their political aids.”

The American officials, he added, “have caused the recent tragedies in the Muslim world.”

Americans don’t care about individual sects of Islam such as Shiite or Sunni; rather, “they are against any Muslim who wants to live in accordance with Islamic rules and make efforts to that end,” said the Ayatollah.

He posited that Americans have a problem with the loyalty of Muslims to the decrees and teachings of Islam and with efforts on the part of Muslims to “establish Islamic civilization.” It is for this reason, he continued, that “when the Islamic awakening started they grew worried and tried to contain it”, but he went on to declare that “the Islamic awakening cannot be destroyed and it will achieve its goals, God willingly.”

The main goal of the “arrogant powers”, charged Khamenei, is “creating an internal war among Muslims and destroy[ing] the Muslim countries’ infrastructures as in Syria, Yemen and Libya.”

He urged Muslims not to stand silent and “surrender”, but to “stand against these plots” by “maintaining their resistance”. He concluded his remarks by emphasizing that the enemies of Islam are dangerous, and that Muslims are “duty-bound to be vigilant” against them.