Rabbi Reveals Conflict Between Russia and Turkey the Precursor to Messiah 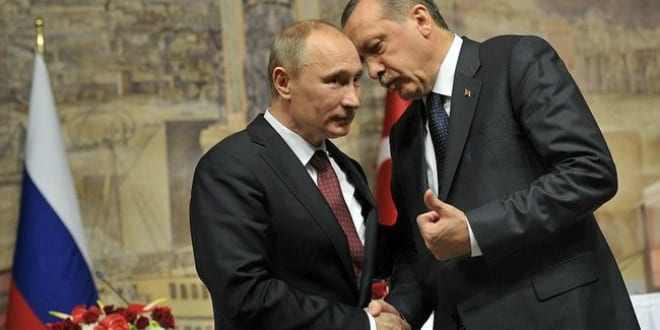 On Saturday evening, Rabbi Aharon Shtern, the son of the respected kabbalist, Rabbi David Chaim Shtern of Bnei Brak, revealed an astounding teaching handed down from father to son for untold generations regarding the End of Days.

This past Saturday night, at the Tomb of King David on Mount Zion in Jerusalem, Rabbi Shtern spoke at a traditional melaveh malkah meal, which is held each Saturday night upon the conclusion of the Sabbath by Jews all over the world.

Rabbi Yosef Berger, the rabbi of the Tomb of David, related to Breaking Israel News the secret revealed by Rabbi Shtern.

As a child, Rabbi Shtern explained, he would annually hear this teaching around this time of year from his grandfather, Rabbi Moshe Chaim Mendel, who had received it from his grandfather. The teaching was based on last week’s Torah portion from the section of Vayehi (Genesis 49), which describes Jacob’s request during his dying days to receive a vision of the End of Days.

Ultimately, the prophecy was withheld by God from Jacob at this moment because he wanted to reveal to his children when the Messiah would arrive.

Rabbi Shtern’s teaching centers around the verse found in Genesis 49:1, “That will happen at the End of Days – את אשר יקרא אתכם באחרית הימים.” According to the understanding passed down in his family, Rabbi Shtern explained that each letter in the entire verse is used in an acronym for:

At the end of six thousand the Caesar of Russia Alexander will fall, there will be several wars in the world, Russia will be destroyed and Jerusalem will be built, the Diaspora will leave us, and the Messiah will come.

Rabbi Shtern explained that the present day conflict between Russia and Turkey is what is described in his family’s ancient teaching.

The rabbi explained how Turkey’s president, Recep Tayyip Erdoğan, boasted that his country could occupy Russia in seven days. Rabbi Shtern exclaimed, “That statement is so misguided, so extraordinary, that a nation’s leader would say something like that. The only way a president would say that in front of the whole world is if God’s hand was forcing him to say so.”

Rabbi Berger explained to Breaking Israel News that this was just like God hardening Pharaoh’s heart, making him keep Israel in Egypt despite the horrible plagues.

“All these things show us how close we are,” Rabbi Berger said. “It was prophesied in Micah (7:15), ‘As in the days when you came out from the land of Egypt, I will show you miracles’. Things that happened in the Exodus will repeat themselves before the messiah, and even more. The present conflict between Russia and Turkey is the precursor to the events leading up to the Messiah, when we will see Divine intervention more clearly, if we look for it.”

Touching upon Rabbi Shtern’s teaching, Rabbi Berger told Breaking Israel News, “What we are seeing now, things that have no reason or logic, and no explanation, makes it clear what is about to happen. We are so close, and all the prophecies and signs show this. It is the only explanation for what is happening today.”