New Regulations to Crack Down on Looting from Israeli Archaeological Sites 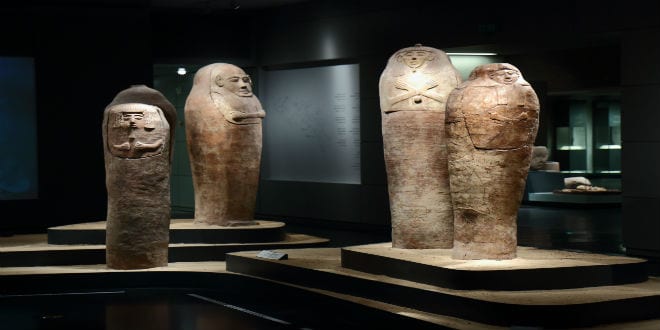 In a final ruling on Monday, December 28, the Israeli Supreme Court upheld new regulations and legislations initiated by the Israel Antiquities Authority (IAA), meant to revolutionize the protection of Israel’s cultural and historical treasures in the face of plundering and illicit antiques trading.

“The phenomenon of antiquities robbery is a national catastrophe. The court’s ruling has put an end to years of ongoing damage to cultural assets and will place Israel in line with the civilized countries of the world in protecting the nation’s cultural heritage and antiquities,” said Attorney Radwan Badihi, legal adviser for the IAA, expressing his satisfaction with the court’s judgment.

The land of Israel is known for its archaeological wealth, with discoveries and findings dating as far back as the dawn of humanity and extremely diverse provenance, including the paleolithic age, Pharaonic Egypt, Ancient Rome, Byzantium and more.

However, this wealth in cultural and historical resources has also gone hand in hand with a booming antiquities trade industry, not all of it legal.

“Israel is among the few “provenance” countries in the world that is rich in archaeological artifacts and that legally allows the trade in antiquities,” said Amir Ganor, head of  the Unit for the Prevention of Antiquities Robbery at the IAA.

“Antiquities are the historical and cultural property of the people and the country; they belong to the nation and the public. The value of these artifacts lies in the message they bring from the past and their great importance to the historical and cultural research of all mankind, rather than as a vehicle for making money and personal gain by a handful of interested antique dealers,” Ganor explained.

According to IAA estimates, every year thousands of ancient objects are robbed and looted from archeological sites around Israel and find their way to the local and international antiquities markets illegally.

“Our concern is not just over the potential loss of rare and priceless artifacts, but also over irreparable destruction of ancient art, architecture and history. I mean physical damage to antiquities sites are always caused in the looting process,” Nir Distelfeld, Chief of the IAA anti-theft task force, told TPS.

The new regulations upheld by the Supreme Court on Monday include a bolstering of IAA enforcement and executive authorities and more extensive and digitized supervision of the commercial antiquities inventory in Israel, and will automatically execute inventory transfers between dealers.

The IAA’s is goal is  to reduce the phenomenon of plundering antiquities at the country’s ancient sites.

These regulations, along with increased enforcement, will make it difficult for antiquities dealers to add items that did not originally have legal provenance to their commercial inventory and gain export licences.

“On the one hand the regulations will allow law abiding antiquities dealers to continue normal trading, while on the other it will greatly help in combating the illegal trafficking in antiquities,” pointed out Ganor.

“Antiquities robbers and the unlicensed antiquities dealers will very quickly come to understand that they have no one to sell the stolen antiquities to, and in the absence of demand the plundering of antiquities in Israel will be greatly reduced,” concluded Ganor.