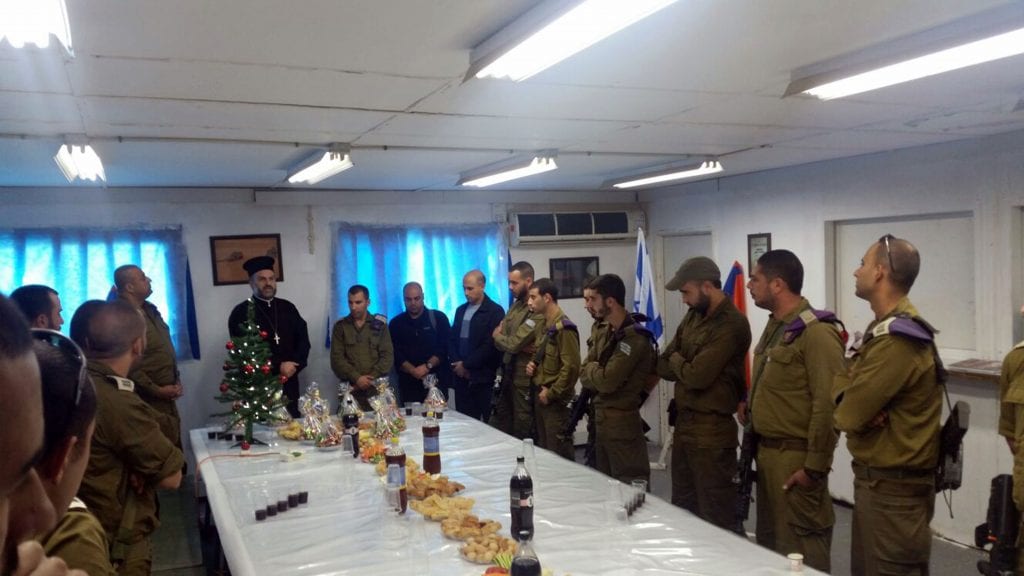 The Forum, which is supported by the International Fellowship of Christians and Jews, has seen a huge jump in numbers since it began its work. It saw a 50% increase from its founding year in 2012, in which only 40 Christian drafted to the Israeli army, to 2014, when over 100 drafted. In March of 2015 alone, 102 Christian Arabs entered the IDF due to the work of the Forum.

Israeli law does not require minorities in the Jewish State to serve in the IDF, so all of the Arab Christians recruits are choosing to volunteer. A notable exception has always been the Israeli Druze community, which is proudly Zionist and has served in the IDF since the state’s creation in 1948. Now, Father Naddaf hopes that some of the 165,000 Arab Christians in Israel will follow in the Druze’s footsteps.

The initiative is really part of a larger movement by Father Naddaf to recast the entire Arab Christian population as a group which, like the Druze, identifies as patriotic Israelis, rather than enemies of Israel. He aims to integrate the minority into mainstream Israeli society. Father Naddaf has even coined a new moniker for the community, calling its members “Israeli Christians” rather than Arab Christians.

He explained, “Calling them ‘Arab-Christian’ puts them on the side of Palestinians and terrorists, when in reality they’ve lived in Israel for generations and just want to live in peace and security.”

While the Forum, which also gives financial aid to needy Christian families in Israel and discharged IDF soldiers, does not receive government support, Father Naddaf and the Fellowship were recognized by Israel’s Defense Minister, Moshe Ya’alon, in a Jerusalem ceremony last week.

At the ceremony, Father Naddaf thanked “Christian donors around the world” for supporting him through the Fellowship, saying, “Your assistance is essential for the strength of Israeli society.” He added, “This society will achieve peace and defeat evil.”

The Fellowship’s founder and president, Rabbi Yechiel Eckstein, told Naddaf: “You’re at the forefront of a just cause. Trust, equality and mutual assistance between citizens is crucial for the continued existence of a just and strong Israeli society.”

On Monday, Father Naddaf hosted a festive Christmas party for some of the Israeli Christian soldiers that the Forum has helped to enlist, distributing holiday treats and thanking them for their service to Israel.