In Biblical City of Hebron, Jews Struggle to Overcome Terror 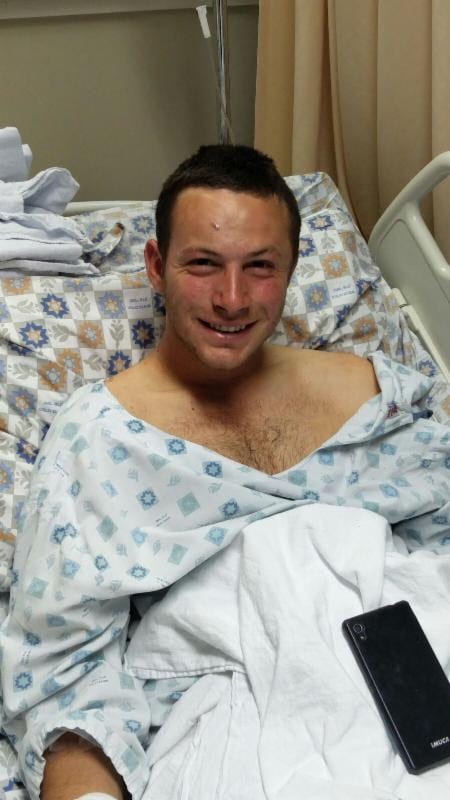 The holy city of Hebron may be the second holiest in the world after Jerusalem, but lately, it has gotten much more media attention as the center of the storm during the latest round of Palestinian stabbings, shootings and vehicular attacks against Israeli citizens.

“The Jews of Hebron are clear about their mission,” shared Rabbi Daniel Rosenstein, Executive Director of The Hebron Fund, which is the Hebron Jewish community’s official sponsor, with Breaking Israel News. “We understand that our presence prevents this holy city from completely being taken over by Arabs.”

The Hebron Fund, a not-for-profit charitable organization, supports the maintenance of the city’s many holy sites, holds educational programs for children and youth, assists with tourism and public relations and supports the well-being of Hebron’s many soldiers. Lately, the organization has been under more pressure than ever to provide for the city’s Jewish community.

Rosenstein warned that without a Jewish presence in the city, there is a very real danger that Israel could lose its hold on Hebron. “History has taught that without Jews living in an Israeli city, the area would become Judenrein (free of Jews), God forbid, and the public would most likely lose access to our holy sites, like the Tomb of the Patriarchs, the ancient tombs of Biblical Jesse and Ruth, and more. Like Jerusalem, it is crucial to keep this city united and open to all,” he explained.

With only approximately 650 Jews and yeshiva (seminary) students living among 160,000 Arabs, the Jewish community is suffering on every level during this time of rampant terror attacks. Rosenstein was forced to hold a 24-hour urgent fundraiser on December 2 in order to acquire security equipment and provide humanitarian aid to the struggling community.

This past week alone, a young man, the son of former Jewish Home Knesset member Orit Struk, was injured when jumping to the aid of an IDF soldier stabbed by a Palestinian. This attack occurred at the entrance to Beit Hadassah, one of the few areas where Jews are permitted to live in Hebron.

Earlier in the week, Ginadai Kaufman, the gardener for the Tomb of the Patriarchs and other holy sites, was brutally stabbed by a Hebron Arab at a bus stop outside the Biblical site. On the preceding Sabbath, an 18-year-old Palestinian woman was arrested near the Tomb after pulling out a knife in a suspected stabbing attack. Just previous to that, an Israeli soldier was stabbed near Hebron’s Jewish Tel Rumeida neighborhood.

Not only do the attacks take a toll on their victims and families, they have brought the holy city’s tourism to a halt. This adds additional financial strain on the entire Jewish community. “Our challenges are greater than ever to sustain the Jewish community of Hebron,” noted Rosenstein.

During the urgent fundraiser, 1,300 people from around the world generously donated over $500,000 within a 24-hour period. “This is a huge boost to the morale of the Jews of Hebron,” said Rosenstein. “It’s encouraging to know that we are not alone in our struggles to maintain a Jewish presence in this holy city. The money immediately went towards placing a major rush order for security equipment which will be delivery next week.”

Additionally, some funds have already gone towards sending Hebron teens away from the city’s tensions. On Hanukkah, Hebron’s youth took a trip to Eilat, where they slept outside at a campground and enjoyed boating and hiking. “The trip was a huge success,” related Rosenstein. “Subsidizing the trip gave the kids a much needed break” following the months of violence and terror in their hometown.

Unfortunately, with continuing terror attacks pounding Israel, even more support of the Hebron community is needed. In a new campaign, The Hebron Fund has established a way for a donor to become an honorary citizen of the holy city.

For a minimal donation, supporters will receive a Hebron Citizen Medallion which shows the 400 silver shekels that Abraham paid to purchase the Tomb of the Patriarchs, which was the first Jewish purchase in Israel, as well as a letter from the Mayor of Hebron thanking the donors for being part of the struggle to keep the ancient Biblical city in Jewish hands, where it is accessible to all.