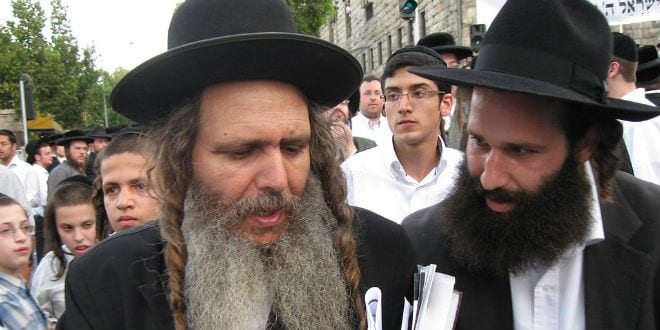 A global call to prayer has been announced by prominent Hassidic rabbi, Rabbi Shalom Arush, as the situation in Israel and across the world intensifies.

Rabbi Arush, the founder of the Chut Shel Chesed institutions and a leading Breslov rabbi, has called for a global reading of the Shema prayer at 9 pm on the 10th of Tevet of the Hebrew calendar, which falls out on Monday evening, December 21.

The Shema is the twice daily declaration by Jews said during prayer that they accept the rule of heaven. The single verse from Deuteronomy 6:4 is recited out loud, followed by three sections from the Bible.

The prayer event is intended to be a response to the conflict over the Temple Mount and the increasingly tense situation in Syria, which many leading rabbinic leaders have declared part of the Messianic process.

Monday evening, which begins the 10th day of the Hebrew month of Tevet, is also one of the minor fasts observed in Judaism from dawn to nightfall. The fasting commemorates the siege of Jerusalem by the Babylonian king, Nebuchadnezzar II. This led to the eventual destruction of Solomon’s Temple.

Rabbi Arush is one of the more prominent spiritual leaders in the Breslov community in Israel, with thousands of students helping many Jews return to their spiritual roots. In a Hebrew video, Rabbi Arush called for the global prayer of the Shema, which glorifies God’s oneness.

“The Chatam Sofer (a renowned 18th century Torah scholar) said that every generation that doesn’t build the Temple in their time, it is as if the Temple was destroyed in their generation,” Rabbi Arush stated in the video. “Every year, a new ruin of the Temple is created. The Chatam Sofer said that on the 10th of Tevet, it was ruled in heaven that the destruction should happen. We want this year that on the 10th of Tevet, Heaven should rule that the Temple will be built.”

He added that the call to prayer is also a call to repent, “because the most important thing now is the desire to do good.” Speaking on the situation in Syria, Rabbi Arush explained, “What is happening is fulfilling all the prophecies. We need to wake up. We need to pray that the Temple will be built now, without suffering, without waiting. Smile and be joyous, because God is with you. Amen.”