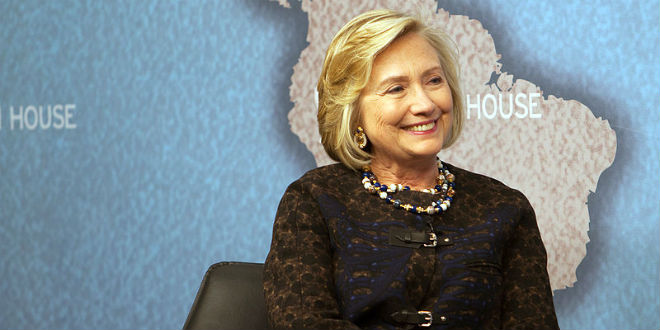 American author Doug Henwood has refused to sell translation rights to his new biography on presidential candidate Hillary Clinton, entitled “My Turn”, to an Israeli publisher because he is a supporter of the anti-Israel Boycott, Divestment, and Sanctions (BDS) movement.

Henwood, who is a left-wing journalist and economic commentator on The Nation, stepped in when his American publisher, John Oaks, of the New York publishing house OR Books, reached out to Israeli publisher Eitan Singer to offer him the rights to translate into Hebrew and publish Henwood’s book, apparently without Henwood’s knowledge.

Singer, who is the head of the Israeli publishing firm Probook-Dyonon Publishing House, quickly expressed interest in the offer to buy the rights to the book, which is heavily critical of Clinton, and the two reached a tentative agreement. However, a day later, Oaks retracted the offer via an apologetic email which read:

“Dear Eitan, I am more embarrassed than you can imagine…the author of the book participates in the boycott against Israel because of its treatment of the Palestinians, and therefore does not want to sell the rights. My sincere apologies.”

The Israeli publisher was very surprised by the refusal, considering that the open flow of ideas is at the heart of the publishing industry. “Boycotts, silencing people, or refusing to acknowledge different opinions go against the very nature of the publishing world. Freedom of expression trumps everything,” Singer told Israel Hayom.

Singer further explained to Breaking Israel News that Henwood’s actions were not only hypocritical, but representative of a dangerously close-minded way of thinking, saying, “In the publishing field, the freedom of speech is the most appreciated value. In this boycott, the author is acting with an hypocritical attitude. He himself is expressing views in the free world, but preventing others from sharing them.”

He added, “This is the first time I’m facing such a dangerous attitude, especially from an American citizen.”

The book, which has not yet been released, is, according to the publisher’s website, a “devastating indictment” of her inconsistent campaign promises, showing “how Clinton’s positions on key issues have always blown with the breeze of expediency, though generally around an axis of moralism and hawkishness.”

The cover features a disquieting illustration of Clinton pointing a gun at the reader, and features the tagline, “Hillary Clinton targets the presidency.”