New World Order: Are Women the Key to Unlocking the Ultimate Redemption?

Home » New World Order: Are Women the Key to Unlocking the Ultimate Redemption? 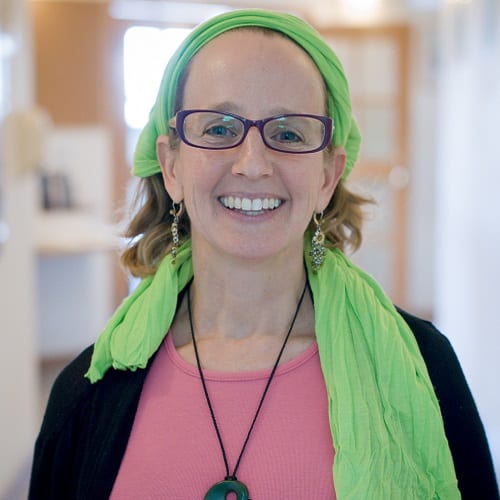 While segments of the Jewish community continue to struggle with the role of women in positions of religious leadership, Biblical prophecy promises that the status of women will be greatly enhanced at the End of Days.

The Struggle Over the Status of Women

The current struggle is best illustrated by a controversial resolution, recently passed by the Rabbinical Council of America, an organization of over 1,000 Orthodox rabbis from 14 different countries. The resolution states that its member rabbis may not “ordain women into the rabbinate, regardless of the title used,” nor may they, “hire, or ratify the hiring of, a woman into a rabbinic position at an Orthodox institution.”

This resolution expresses opposition to the significant gains Jewish women have made in scholarship and communal leadership in the past two decades.

Rav Dr. Meesh Hammer-Kossoy, faculty member at the Pardes Institute of Jewish Studies in Jerusalem and one of a new breed of female Jewish scholars, told Breaking Israel News, “In my mind, the rise of female leadership in the Orthodox world is an act of redemption, first and foremost, in that it connects more Jews to Torah and Jewish observance.”

“The voices of female scholars, be they Rabbis, Maharats, Yoatzot Halakhah, Rabbaniot [various titles used by female Jewish scholars] enable us as a people to more fully reveal all seventy faces of the Torah in a way that is truly accessible to all Jews,” she explained. “The empowering of female leadership is in no way meant to disempower men, but to expand and glorify Torah.“

Spiritual Mentor Reb Mimi Feigelson, who teaches Torah in Jerusalem and in Los Angeles, made a similar case. “The spiritual implications of Orthodox female rabbis is our return to what I believe to be God’s initial desire and vision in creating the world…Orthodox female rabbis are a step in the restoration of God’s primordial and Divine vision,” she told Breaking Israel News.

Both Hammer-Kossoy and Feigelson argue that women in positions of religious leadership represent an enhancement, not a diminishment, of religious life. In fact, their views have a basis in Biblical prophecy.

Redemption Will Improve the Status of Women

There is a prophecy in the Book of Jeremiah that promises that the imminent final redemption will restore the power of feminine spiritual energy and will bring a major upgrade to the stature and dignity of women. The prophecy is found in Jeremiah 31:21:

“For the Lord has created something new on the earth, a woman shall go after a man.”

The last three Hebrew words of this verse are “nekeva tisovev gever”. These words have been variously translated as: the woman will encircle the man, the woman shall go after the man and/or the woman will court the man. In all cases, something new and positive will happen with the status of women at the time of the final redemption.

Chaim David Targan, a Jerusalem-based kabbalistic healer and mystic who works to help bring the redemption, explained that prophecy of “nekeva tisovev gever” does not mean a battle between the sexes.

“‘Nekeva tisovev gever’ does not mean that women will dominate men,” he told Breaking Israel News. “It means that the feminine energy, which has been repressed since Adam HaRishon (the Biblical Adam) will surface again as a full partner. This refers to both women specifically, but also to the feminine energy in men themselves.”

Eventually, explains Targan, the spiritual energy of women will be a crucial aspect in heralding in the ultimate redemption.

“Women have always been closer to Hashem’s (God’s) perfected will, but the more aggressive, dominant energy of the masculine has dominated history.  Male energy is about doing. Female energy is more about being – which is a higher level,” he said to Breaking Israel News. “ In the pre-geula world (the time before redemption), our focus has been achievement – doing mitzvahs (God’s commandments) and building a better world.”

“In the times of Moshiach (Messiah), the focus, as we all know, is to know Hashem. This is more a state of being after the perfected action-oriented life of the pre-geula world. But there will still be plenty of differences between men and women, which Hashem wants us to celebrate and take to higher levels of joy than we have done so far.”

Targan published a message “Letter from Momma Rachel on the Geula (on her Yahrzeit),” on the recent anniversary of the death of Biblical Rachel, wife of Jacob. In this message, he elaborated on the coming changes.

“But men – don’t fear this new ‘order’. Embrace it cherish it as it will open up in each one of you an even higher G-dly spark than you knew you ever had.  And as leadership goes, we all want those who are truly connected to Hashem. And Moshiach will be one who not only brings emunah (faith) and achdut (unity) to the world but who has perfected the balance of his male and female energies.”

Final Redemption Will Be Credited to Women

A second connection between women and redemption is found in the Talmud, the central text of Rabbinic Judaism. The Talmud states that, just as the Israelite slaves were redeemed from Egypt in the merit of the righteous women of the time, so too will the final redemption be credited to righteous women.

It was the women in Egypt who refused to give up on the idea of redemption. They were the ones who encouraged their husbands to continue having children. To the men, it seemed that any children born would face only a life of slavery and hardship, with no chance of redemption.

In addition, the women’s songs of praise to God after the splitting of the sea was accompanied by tambourines. How did they get tambourines in the desert? Rabbinic sources credit the women of that generation with so much foresight and faith in the coming redemption that they packed tambourines before leaving Egypt.

“Miriam, the prophetess, Aaron’s sister, took a timbrel in her hand, and all the women came out after her with timbrels and with dances.” (Exodus 15:20)

There is a relevant teaching from Rabbi Isaac Luria Ashkenazi, more commonly known as the Holy Ari, the most famous mystical rabbi of the 16th century.  He lived in the city of Tzfat, which is in the Galilee region of northern Israel.

The Holy Ari taught that the souls of the generation of the final redemption would be reincarnations of the souls of the people who lived through the exodus from Egypt. Just as the Jewish people were redeemed from Egypt in the merit of the faith of the women of that generation, so too the final redemption will come in the merit of the women of the generation before the messiah arrives.

The third connection between women and redemption is seen in the common expression “birth pangs of the Moshiach” in which redemption itself is compared to a woman’s labor.

“As a pregnant woman comes near to give birth, she shudders, she screams in her pangs, so were we because of You, O Lord.” (Isaiah 26:17)

Just as labor pains prepare a woman’s body for delivery, the “birth pangs of the Moshiach” are intended to prepare the Jewish people spiritually for the final redemption.

According to Biblical prophecy, the arrival of the Messiah and the final redemption will permanently correct the imbalance between masculine and feminine spiritual energy that has existed since the time of Adam and Eve. As a result, at the End of Days, both men and women can expect to experience the spiritual gratification of being closer to God.