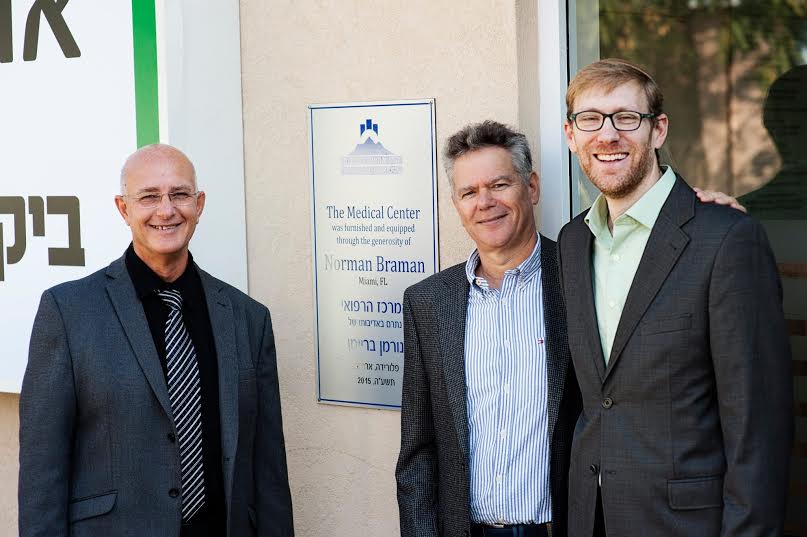 City of Ariel Health and Science Judea and Samaria

On Monday, the City of Ariel, located in Samaria 25 miles east of Tel Aviv, inaugurated its long awaited emergency care medical center. The city, founded in 1978, has 20,000 residents, 15,000 students who attend Ariel University of Samaria, and tens of thousands more living in the neighboring communities.

“Ariel is a modern, progressive city in the heartland of Biblical Israel,” noted Avi Zimmerman, Executive Director of the American Friends of Ariel, to Breaking Israel News. “We are thrilled to be opening this much needed medical center which will not only service the city but also the many small communities around Ariel.”

Though today a booming city, Ariel was originally built on land referred to by the neighboring Arabs as the “Hill of Death” because of its inhospitable terrain. The name Ariel (pronounced Ari’el) was chosen for the city as it is a synonym for Jerusalem. It comes from the combination of the Hebrew words “Ari”  (lion) and “El” (God). The literal translation means “Lion of God”, representing bravery and courage.

Today, Ariel inhabitants are mostly made up of veteran and young Israelis as well as immigrants from the Former Soviet Union. “Ariel has taken the Zionist dream and made it a reality. With that comes the responsibility to assure that its citizens receive quality and timely medical care,” continued Zimmerman. “Although Ariel has been blessed with safety and security, anyone who follows the news knows that the region of Samaria can be a hot spot for terrorist attacks. Speedy emergency care can mean the difference between life and death.”

Declared the “Capital of Samaria” and an integral part of Israel in 2010 by Israeli Prime Minister Benjamin Netanyahu, until Monday the nearest emergency medical care facility was a 30 minute drive away without traffic. The new medical center will service the entire region around Ariel.

“We are the regional hub for tens of communities east of Tel Aviv and north of Jerusalem,” explained Zimmerman to Breaking Israel News. “This medical center will provide emergency care during the evening hours and on the weekends when the day health care providers are closed. Should the need arise, people can receive x-rays, lab work and treatment by the onsite doctor and nurse which will hopefully avoid the need to rush them to the far away emergency room when time can mean life or death and also a much greater medical expense.”

Zimmerman is quick to point out that, although very grateful for the opening of this crucial new medical building, this is the first stage of a greater goal. “Ground has already been broken on the establishment of a much needed larger medical facility,” he noted.

The second stage of fulfilling the medical needs of this Samaria region is the establishment of an all encompassing building at the edge of the Ariel University campus. This location was intentionally chosen to assure easy access to the communities surrounding Ariel.

“The stage two of our project will provide the area with the more comprehensive Ariel Medical Center, featuring the Braman Regional Emergency Medical Center (BREMC). In addition to emergency care the facility will include rehabilitative care units, dental clinics, psychological counseling, as well as a pharmacy, a therapy center for children with developmental needs and easy access parking,” Zimmerman told Breaking Israel News. “It should be completed within three and a half years.”

The American Friends of Ariel and Ariel University successfully raised the millions of dollars needed for the new facility and The Ariel Medical Center. Norman Braman of Miami, Florida, recognizing the importance of these projects, set the process in motion with his generous gift. Now, American Friends of Ariel  seeks ongoing support to maintain the daily operations of the new facility.

“Everyone has their role when it comes to philanthropic giving. It’s not about how much you give – it’s about what you choose to give to,” noted Zimmerman to Breaking Israel News. “What we are actually hoping for is people who can give modest donations, hopefully on a regular basis, in order to assure that the citizens of Samaria continue to get the medical care that they need.”