Only 1 Christian, Out of 237 Syrian Refugees, Admitted to US Since Paris Attacks

Home » Only 1 Christian, Out of 237 Syrian Refugees, Admitted to US Since Paris Attacks 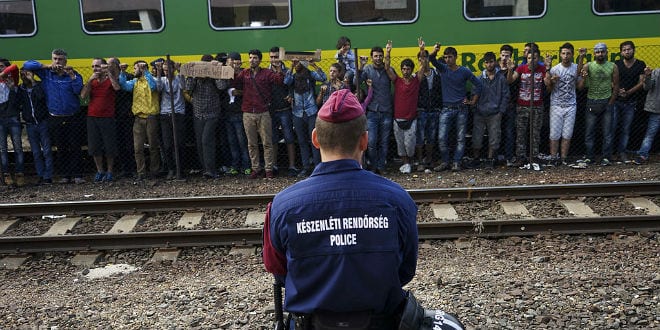 If the White House had hoped to assuage fears that it was importing Islamic State (ISIS) terrorists to its own shores along with Syrian refugees, it is not doing a great job. According to data from the State Department Refugee Processing Center, of the 237 refugees admitted to the US since the November 13 attacks in Paris, 236 are Sunni Muslim and only one is Christian, reported CNSnews.com.

US President Barack Obama has committed to welcoming 10,000 refugees in the 2016 fiscal year, a period which officially began October 1. 528 have arrived thus far, of whom only 6 are Christians of various denominations. In all, the country has accepted 2,410 Syrian refugees since March 2011. Over 93 percent of these were Sunni Muslim, and only 2.2 percent were Christians.

Christians of all stripes are a persecuted minority throughout much of the Middle East, especially at the hands of ISIS in both Iraq and Syria, though admittedly less so in Syria. According to the UN High Commissioner for Refugees Antonio Guterres, the agency, which registers refugees and funnels applications to the US State Department, does not discriminate against applicants on the basis of religion. However, “we consider that the fact that you belong to a religious minority is an important element of vulnerability.

“And we apply a vulnerability criterion, which means that the fact you belong to a religious minority, especially if that religious minority is threatened, is obviously one of the criteria that we apply in the choice of people in need of protection through resettlement,” he explained at an event in Washington in October, hosted by the US Commission on International Religious Freedom (USCIRF).

Part of the problem, refugee advocacy groups say, is that Christian refugees often do not register with the UNHCR out of fear of persecution within the UN refugee camps. UNHCR public information officer Christopher Boian responded to these concerns by saying refugees need not live in the camps to access registration services. Some 85 percent of refugees registered by the UN body live in cities.

“UNHCR has put in place proactive measures to ensure that all asylum-seekers have access to UNHCR registration and services, and has undertaken particular efforts to encourage religious and other minorities to register,” he added.

The White House is not the only North American government to commit to accepting Syrian refugees. Canada’s new Prime Minister Justin Trudeau has promised to welcome 25,000 refugees by New Year’s.