Not All In Europe Support Labeling Of Judea and Samaria Products, MEP Says

Home » Not All In Europe Support Labeling Of Judea and Samaria Products, MEP Says 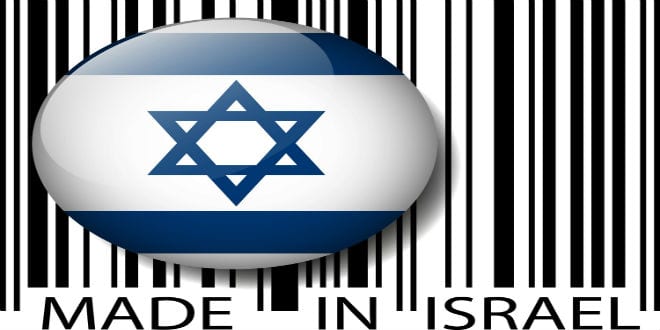 Although the European Union recently implemented a new policy requiring the labeling of Jewish-Israeli products imported from Judea and Samaria, some in Europe are strongly criticizing the European Commission’s move.

“As my friend and Chief Rabbi of the Netherlands has quipped when commenting that the recent EU move has created tensions within Europe, ‘Negativity and hostility always work both ways – internally as well as externally,’” Member of the European Parliament Bas Belder told Tazpit Press Service (TPS).  “I fully agree with him.”

MEP Belder believes that the European Commission’s decision could negatively affect a number of aspects in the EU-Israel relationship.

“It could damage all other areas of EU-Israel bilateral relations—from cultural to academic to science,” Belder contended. “Apart from this dysfunctional EU policy thinking, the recent move strengthens those who wish to see all relations between the EU and Israel suspended.”

MEP Belder suggested to TPS that the new labeling guidelines are geared towards pushing Israel into making certain moves within the framework of a Middle East peace process.

However, MEP Belder stressed that there is a noticeable absence of unanimity within the European Union over the European Commission’s move. “There is enough internal disagreement to make things shake and for several governments in Europe to already say that they will not comply with the interpretative notice,” Belder said.

EU member states such as Greece and Hungary have already expressed their opposition to labeling Jewish-Israeli products from Judea and Samaria. During Knesset Speaker Yuli Edelstein’s visit to Germany last week, Bundestag President Norbert Lammert said that Germany rejected the European Commission’s labeling guidelines as well. A few days later, however, the German Foreign Ministry announced its support for the new labeling policy.

European Union Foreign Policy Chief Federica Mogherini apparently has been a leading figure in implementing the new labeling guidelines.  “I have heard from a close and reliable source that, in fact, Mogherini herself had requested that the [EU] foreign ministers write the notice and that the notice was written by her cabinet,” MEP Belder noted.

However, MEP Belder stressed that Mogherini has been pushing for a policy that had been at least tacitly supported within the EU beforehand.

“Of course, the idea of labeling is not new,” Belder said to TPS. “Talks existed during the VP/HR Catherine Ashton years about how to shift EU policy in differentiating between Israeli borders before and after 1967.” Catherine Ashton was Federica Mogherini’s predecessor and was a frequent critic regarding any Israeli construction in Judea and Samaria.

“The EU has previously imposed trade tariff differentiation between products from Israel and settlements,” continued Belder. “The labeling move thus goes a step further. It wants Israel itself to clearly label the products.”

MEP Belder said that he would continue fighting against the European Commission’s recent official implementation of new labeling guidelines.  “I have already contacted my political party in the Dutch Parliament to strongly oppose the move,” Belder said.

“I will continue to express my opposition to this move in my capacity as a Member of the European Parliament (MEP) and in my capacity as the Vice-Chair for the EP Delegation for Relations with Israel together with other friends of Israel in the Parliament,” Belder added.

“I will consider new steps to counter this shameful and harmful EU labeling move.”