The Mystery of the Lost Jubilee: Part IV – Fifty is Golden 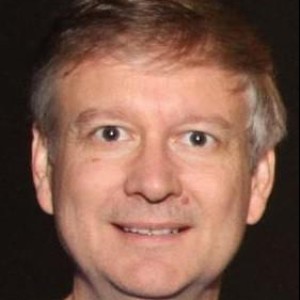 Home » The Mystery of the Lost Jubilee: Part IV – Fifty is Golden 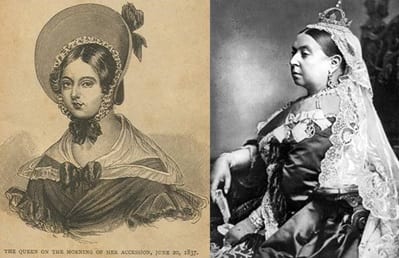 In part three of our series, we discussed the decision by Pope Francis to call an extraordinary Jubilee for the Catholic Church yearly calendar beginning December 8, 2015. On that article most of the commenters dismissed the pope’s involvement in the matter, while a few pointed out that it matters not whether the pope has authority to call a Jubilee because even Satan can be used for God’s purposes.

Let us now add to the Catholic perspective on Jubilee, a secular perspective and a Protestant one.

The term Jubilee has long been associated with fifty-year celebrations. Nation states are said to reach their Golden Jubilee in their 50th year of existence. The Republic of Singapore, the island nation that won its independence from Malaysia in 1965, just finished theirs. They began to celebrate as soon as they began their 50th year, ending with a grand golden Jubilee celebration on the 50th anniversary of independence on August 9, 2015. Israel celebrated its 50th year of independence in 1998, but did not formally title them as Jubilee celebrations.

Kings are said to reach their golden Jubilee in their 50th year of reign. In recent years these have included Queen Elizabeth II of the United Kingdom in 2002, King Rama IX of Thailand in 1996, and Emperor Hirohito of Japan in 1976. Queen Victoria of the United Kingdom, for whom the Victorian era is named, celebrated her Golden Jubilee in 1887 with the invitation of 50 European kings and princes to a grand banquet.

The term Jubilee is not only used in connection with fifty year celebrations. Other common anniversaries that have borrowed the term jubilee are:

For the most part Protestant Christianity has adopted the same usage of the term Jubilee as the secular world: it is simply a fifty-year celebration. A married couple celebrates their 50th year of marriage as their Jubilee year. A church or ministry celebrates its Jubilee year. We celebrate the accomplishments of the past, and try to envision what the next fifty years might bring.

But, while all Jubilee celebrations embody the elements of both the closing out of a period of years, and the opening of a new series of years, the foundational Jubilee verse in Leviticus 25:10 calls for more than just celebration.  It calls for return.

“Consecrate the fiftieth year and proclaim liberty throughout the land to all its inhabitants. It shall be a jubilee for you; each of you is to return to your family property and to your own clan.”  NIV with emphasis added.

The Hebrew word “return” here is “shuv” meaning to turn, turn back, repent, or return. This word is used hundreds of times in the Hebrew and is the same word used famously as “turn” in 2 Chronicles 7:14:

“If my people, who are called by my name, will humble themselves and pray and seek my face and turn from their wicked ways, then I will hear from heaven, and I will forgive their sin and will heal their land.” NIV.

I propose that if we there is a connection between Protestant Christianity and the Jubilee, it will be found in the spiritual activities that underlie the Jubilee. In other words we must look for activities involving “turning,” “repentance” or “return.”  Where might we look?

Why don’t we start by looking to the world’s most famous non-Catholic Christian. Who is he?

He appeared on Gallup’s list of the world’s most admired men over fifty times including for a stretch of forty-nine consecutive years! He has preached to over 2 billion people in his career. This person is none other than Billy Graham of course, who just turned 97 on November 7.

The Billy Graham organization continues today under the leadership of his son Franklin Graham, who also runs Samaritan’s Purse. But, Franklin Graham took what I consider to be his boldest step yet in the leadership of the Billy Graham organization, making an announcement of a special year-long series of gatherings in all fifty states in the USA in 2016, called the Decision America Tour.

While this event has not been connected to the term Jubilee by Franklin Graham himself, the substance of this large effort ties directly to the “return” principle of the Jubilee. The first goal and action during the Decision America Tour is to call Christians in the United States to pray and repent – to turn back to “the Almighty God and His Son Jesus Christ” which he strongly states is the “the only hope for this country.” Note with reference to Jubilee:

– That Fifty States will be visited

– That all gatherings will conclude in 2016, presumably before the American elections in November

Are these two major announcements for year long activities in 2016 a coincidence? The Pope has called for a Jubilee year in 2016, including a special emphasis on forgiveness of sin. Now the Billy Graham organization initiates a year-long focus on repentance for the leader of the free world, the United States of America.

When were these initiatives decided? That we do not know, but we know when they were announced. Pope Francis made his declaration on April 11. Graham’s announcement followed just four days later. And on the Jewish calendar, the pope’s announcement was one week after Passover, the last day of the Feast of Unleavened Bread, also known within Jewish circles as the “Festival of Freedom.”

It begs the question: Is all this coincidence, or is God trying to get our attention?

One thing is for sure: millions of Christians are being primed to consider the coming year as important, whether Catholic or not. Should major changes happen in 2016 or 2017, it is conceivable, depending on what happens, and how it happens, that millions of people might connect the term Jubilee, or at least the principles behind the Jubilee, to those changes.

Why does it matter if millions of people something important? Because when God does a significant work on the earth, it is not just intended for a few, but for all. Isaiah 11:9 says:

“…for the earth shall be full of the knowledge of the Lord, as the waters cover the sea.”   (KJV)

God gives many hints of His work, so that many people of different locations, nationalities and backgrounds may have the opportunity to witness it, even though no one sees all of them, and each will see it from a slightly different perspective.

Regarding the Decision America Tour, is this the first 50 State prayer tour ever held in the United States? Certainly not. Is the United States the only focal point for God’s work? Certainly not, and neither is Rome. Is 2016 the first year God has called us to repent and turn to Him?  Certainly not. Even if 2016 turns out to be a special and pivotal year, it will only be so because of all the prayer work that has preceded it. The question is rather:

Will 2016 or 2017 mark a return (or turning point or repentance) of epic proportions in the Christian world?

What do you say?

– If God were to appoint 2016 or 2017 to be years of return in the Christian world, what might that look like?

– Does anybody have an interesting 50-year Jubilee story to tell? Tell us what special thing God as it relates to a 50th year of marriage, 50 years of your community, your life, your church, your synagogue, etc?

Put your comments below! And if you are joining this series for the first time, also add “count me in” below.

In the next article, we will return (pun intended) to Israel, and hear from Gidon as he helps us to see the Jubilee (Yovel) through the eyes of today’s orthodox Jews.