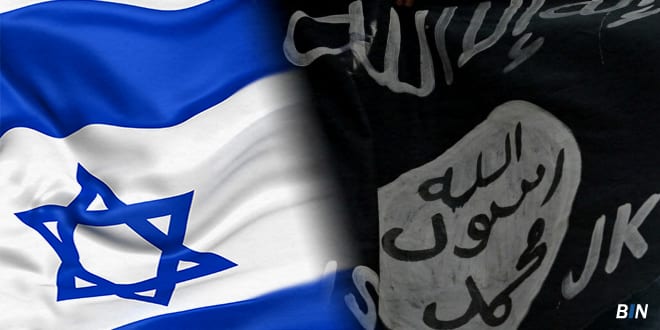 As ISIS takes over more swaths of Syria each day, an Israeli official warned this week that an attack against Israel by ISIS is only a matter of time.

The unnamed senior defense official, speaking to the Hebrew language daily Yedioth Ahronoth, said that the jihadist group is increasing its global reach and ability to conduct attacks outside of Iraq and Syria, the boundaries of its declared caliphate.

The recent terror attacks in France and the US are a major indication of this shift in tactics by the Islamist group, the official explained.

However, what makes ISIS unlike most terror groups that attack Israel, such as Hezbollah and Hamas, is the lack of a central, organized structure. An Israeli response to an ISIS attack therefore become all the more difficult, the official said.

“Who would we even attack in Syria that the international coalition and the Russians aren’t attacking already?” he pointed out.

In October, ISIS released its first Hebrew speaking video threatening Israel directly and vowing that “not a single Jew would remain in Jerusalem.”

The Israeli military, aware of the growing threat posed by ISIS to Israel in both its northern border and the Sinai Peninsula, has been conducting surprise drills in preparation for “extreme” scenarios with jihadists.

While many Israeli officials have attempted to downplay the threat posed by ISIS, on Tuesday the Shin Bet announced that it had arrested five Israeli Arabs from Nazareth on suspicion of having ties with ISIS.

The cell members, who all hailed from the same family, were planning on carrying out a terror attack in Israel. They were arrested in a joint operation with Israel Police in October and November.

According to the Shin Bet, the five men became more religious and self-radicalized, expressing growing support for ISIS and jihad. They held secret meetings and trained in the use of weapons in a grove outside Nazareth. Upon arrest, officials discovered two rifles, a Swedish Carl Gustav and a Russian SKS hidden by the cell.

The latest arrest is not the first time ISIS-linked terror cells were busted inside Israel. In November, six Arab Israelis from Jaljulia were arrested for planning to join ISIS. A seventh member of the cell managed to hang-glide from Israel into Syria.

In October, seven men were charged with planning terror attacks against Israel in the name of ISIS, acquiring illegal weapons and surveilling police and army bases.