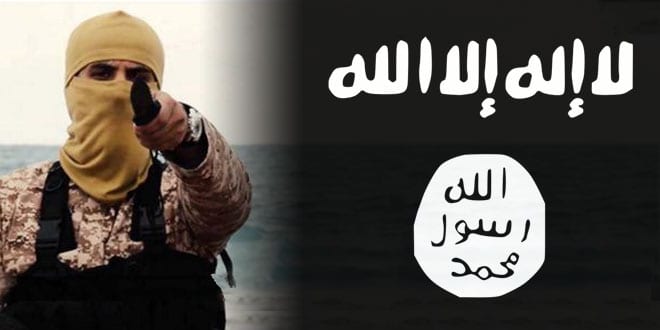 Publications released by the Islamic State (ISIS) for its followers lay out a frightening plan for dispersal and dominance in Europe, reports The Investigative Project on Terrorism. According to the non-profit research group, a 99-page manifesto published by ISIS in January claims sleeper cells were established in Europe as early as 2012, right under the noses of security officials.

“They were quick to take the opportunity,” reads Black Flags From Rome, “of entering into the different countries of Europe (most probably as early as 2012). All this was happening under the nose of the European intelligence services whose job during this time (2012) was only to prevent European Muslims from entering Syria. (This shows how quick the Islamic groups were in planning ahead. Years before Europe even knew where its Muslim citizens were going – experienced Islamic fighters had already found safety in Europe.)”

According to the manifesto, refugees arriving from Syria to places like Italy had ties to ISIS and other Islamic extremist groups. “No doubt, some of these refugees were undercover fighters of Al Qa’idah and the Islamic State.”

The manifesto also explains that these sleeper agents are highly trained in combat techniques and encouraged to build ties with other cells as well as local communities.

“These young Europeans had been professionally trained, and given training most specific to the context of the war they would battle within Europe,” the manifesto stated. They were instructed to wait for orders from self-proclaimed Caliph Abu Bakr al-Baghdadi to “continue the Jihad and…seek revenge for the Western occupation of Muslim lands.”

The manifesto brags that its recruits are superior to al-Qaeda’s fighters, calling the latter “untrained” and “vulnerable.”

An updated version of the January manifesto, this one entitled Black Flags from The Islamic State, was released last month, in the wake of the Paris attacks. Of the assault on the French capital, the pamphlet says it was “one of the first organised attacks done by the Islamic State in Europe which involved a Network of Cells working together in an organized way.”

The two Black Flag documents, along with another called How to Survive in the West: A Mujahid’s Guide, point to a greater ISIS strategy in Europe, aimed at more than scaring foreign forces out of the Middle East. Rather, the goal is to “pave the way for the conquest of Rome” by any means possible.

The focus on Rome stems from a prophecy in a hadith found in Sahih Muslim from which the Black Flag manifestos draw their names. As cited in the Rome document, it reads:

Although the Rome in the hadith likely refers to the Roman Empire, ISIS chooses to interpret it as modern Rome, Italy. The group wishes to “buy time for the Armageddon in Syria to finish and for the Roman invaders to be defeated.”

“The day these Roman (NATO) armies set off with their 960,000 soldiers to fight the Muslims in Dabiq (Syria), they should realise half the prophecy has already come into effect. The 2nd half of the prophecy is that they will lose, and Muslims will take over Rome…The next stop? The AntiChrist (al-Dajjal) in Israel,” explains yet another publication, Muslim Gangs: The Future of Muslims In The West.

Towards this end, the guide suggests using propaganda to drive a wedge between Muslim communities and their European hosts.

“Tell them stories of how we feel unsafe and how they make it a crime for us to morally support Muslims around the world, and they do not even let us leave the West if we want to. Tell them that they should not talk openly with the police, or else they could be taken away from their parents. These are realities Muslims face everyday, we need to make them aware. This will make the young generation stay distant from the police. They will hate it. The police will try to come to their schools to win their hearts and minds, but tell the kids: ‘Who do you trust more? Your fellow Muslim brothers, or the ones who imprison Muslims?'”

Among other strategies recommended are infiltrating to learn operational techniques, aligning with left-wing groups to enlist their support, and carrying out “lone wolf” attacks to prime Europe for a greater state of war.

“The West is not fertile for a full on war yet,” Muslim Gangs explains. “Rather, the increasing amount of attacks from both sides will gradually create a state of war.”

Recruits are to be attracted by the glamor of jihad and the promise of spiritual reward. White converts are especially coveted for the ease with which they can blend into society. Mosques are also mentioned as ideal bases of operations.

“As the Islamic militias begin to arm themselves and train each other, they will be able to fight more battles … This will make them even richer and more financially independent, buy even more advanced weaponry from the black market and cause even more damage to the enemies,” Black Flags says. “Muslim fighters from all European countries will continue the fight, breaking borders until they can reach Northern Rome.”