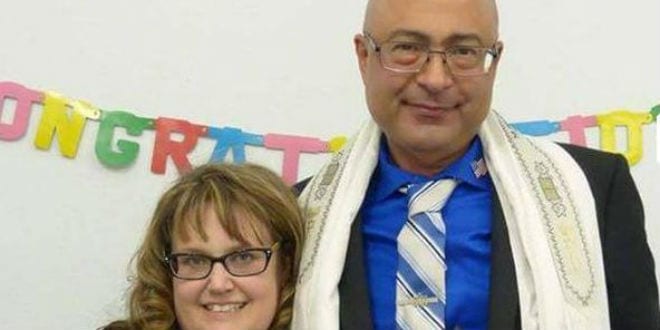 Startling new details about Syed Farook, part of the husband and wife terrorist duo behind last week’s shooting attack in San Bernardino, California, have emerged, painting an even more disturbing picture of the possible motivations behind the attack.

Farook’s father, also named Syed Farook, revealed to the Italian newspaper La Stampa as quoted by Fox News that his son was an ideological follower of the ISIS terror group, wanted to take part in establishing an Islamic caliphate and was “obsessed” with Israel.

“My son said that he shared [ISIS leader Abu Bakr] Al-Baghdadi’s ideology and supported the creation of the Islamic State,” Farook stated. “He was also obsessed with Israel.”

The older Farook explained that he told his son “he had to stay calm and be patient because in two years Israel will not exist anymore.”

“Geopolitics is changing: Russia, China and America don’t want Jews there anymore. They are going to bring the Jews back to Ukraine,” he added. “What is the point of fighting? We have already done it and we lost. Israel is not to be fought with weapons, but with politics. But he did not listen to me, he was obsessed.”

Farook and his wife, Tashfeen Malik, were both killed by police hours after carrying out the terror attack at the Inland Regional Center in San Bernardino, which left 14 people dead. Investigators believed that, through social media, Farook had contact with two terror organizations, including the Al-Nusra Front in Syria. On Friday, it was revealed that Malik pledged allegiance to ISIS via a Facebook posting.

The anti-Israel sentiments expressed by the elder Farook on behalf of his son echo a statement made by his terror progeny prior to killing one of the San Bernardino victims, a known supporter of Israel. Two weeks before shooting dead Nicholas Thalasinos, a devout Messianic gentile and vocal supporter of Israel, Farook reportedly told Thalasinos, “You will never see Israel.”

Farook and Thalasinos are said to have gotten into a heated argument about the true nature of Islam. Thalasino’s wife, Jennifer, told the media that “she believes her husband was martyred for his faith and beliefs.”

Jennifer later told The New York Post that her husband was “very outspoken about Islamic terrorism and how he feels about politics in the state of the country. So I’m sure he probably had plenty to say to him.”