Lukewarm US Attacks on ISIS Accompanied by Phony Video

Home » Lukewarm US Attacks on ISIS Accompanied by Phony Video 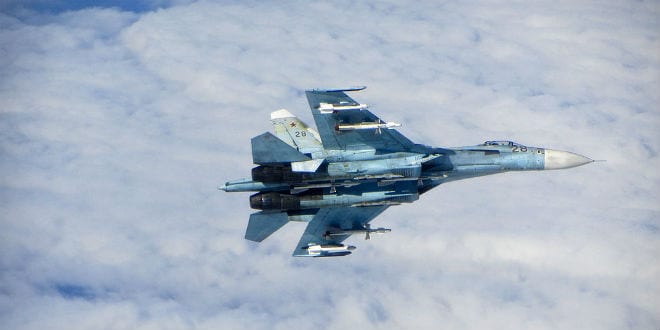 Russian warplanes have carried out over 134 sorties since Wednesday, when Turkey shot down the Russian bomber, and hit more than 449 targets in Syria near the Turkish border. Russian airstrikes concentrated on ISIS oil trucks and infrastructure which is a point of contention between Russia and Turkey. Russia has accused Turkey of purchasing oil from ISIS, thereby funding terror.

“In this respect there is a special UN Security Council resolution banning the direct purchase of oil from terrorists, because these barrels, that they supply, it is not just oil, there is the blood of our citizens, because from the money, terrorists buy weapons, ammunition, and then conduct bloody actions,” Russian President Vladmir Putin said in a press conference on Thursday.

The US led coalition carried out 18 airstrikes against ISIS on Thursday, hitting five tactical units, four buildings, and one vehicle. Other targets were reported to have been hit as well.

The discrepancy is so glaring that a Public Broadcasting System (PBS) Newshour report was unable to find any videos of US attacks on ISIS oil supplies and were forced to splice Russian Defense Ministry’s videos into their report. Nonetheless, the PBS voiceover stated, “For the first time, the US is attacking oil delivery trucks.”

The subterfuge was discovered by the Moon of Alabama website, which noted the American government’s claim to have hit 116 oil tankers was unsubstantiated, while the Russian claim to have hit 500 was accompanied by ample  video proof.