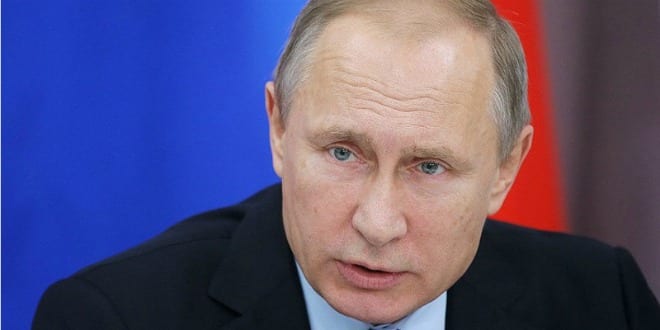 Russian President Vladimir Putin has said that the current Turkish leadership purposefully supports the country’s Islamization, TASS reported Wednesday. “The problem is not in the tragedy we faced yesterday (the Su-24 downing), the problem is much deeper,” Purtin told reporters. “We see — and not only we, I assure you that the entire world sees — that the current leadership of Turkey has been for a number of years pursuing a purposeful policy of … the Islamization of the country.”

Putin noted that Islam was a great world religion, which is one of the major religions in Russia as well. “We ourselves support Islam and will continue doing so, but the point at issue is the support of a more radical branch. And that in itself creates a very unfavorable environment, the atmosphere that one cannot see at first sight,” Putin said.

The Russian president warned that Russian nationals in Turkey may be in serious danger. “After yesterday’s event, we cannot rule out other incidents, and if they happen, we will have to respond somehow. Our citizens in Turkey can, certainly, be in serious danger,” Putin said, adding that he supported his Foreign Ministry’s recommendations urging Russians not to visit Turkey. There are an estimated 10,000 Russian vacationers currently in Turkey, according to TASS.

“After such tragic events as the downing of our plane and the pilot’s death, this is a forced measure and the Foreign Ministry is right to warn our nationals of the dangers,” Putin said.

According to TASS, after being downed by a Turkish F-16 fighter jet on Tuesday morning, both pilots ejected from their Su-24 bomber, which Russia claims had not violated Turkey’s air space. One was killed by gunfire from the ground, the other was rescued by Russian and Syrian forces and brought to a Russian air base nearby.