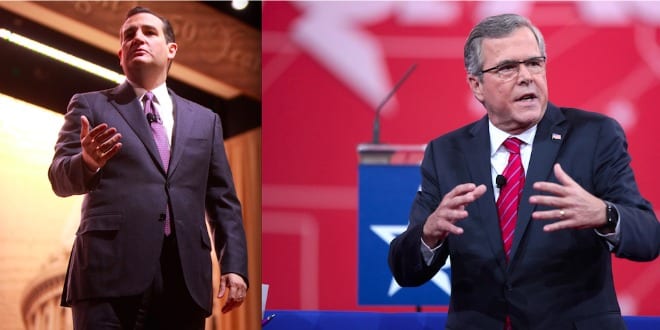 With evidence that one of the Islamist suicide bombers hid among Syrian migrants to France, the Nov. 13 Paris terror attacks that killed 129 people have raised concern among many American leaders that allowing Syrian refugees into the country would pose a security risk, while simultaneously igniting a debate on whether refugees’ religion should factor into their suitability for admittance.

According to the United Nations, there are more than 4.28 million Syrian refugees as a result of the civil war there. Similarly, millions of refugees have fled the Islamic State terror group in Iraq. But often overlooked in the debate over the Syrian refugees have been the hundreds of thousands of Christians displaced from their homes in Iraq and Syria due to Islamic State’s rise and the civil war.

Since the Syrian civil war began, 2,184 Syrian refugees have been admitted into the U.S. Only 53 have been Christian (2.4 percent) while 2,098 (96 percent) have been Muslim. Prior to the civil war, around 10 percent of Syria was Christian.

“There is no meaningful risk of Christians committing acts of terror. If there were a group of radical Christians pledging to murder anyone who had a different religious view than they, we would have a different national security situation,” Cruz said.

Bush added that U.S. assistance to any Middle Eastern refugees should focus primarily on Christians fleeing the violence.

“We should focus our efforts as it relates to refugees on the Christians that are being slaughtered,” Bush said.

According to a recent report by the Catholic charity group Aid to the Church in Need (ACN), Middle East Christians—especially in Iraq and Syria—are “on course for extinction” within a generation or sooner.

“The U.S. should do more to allow Christians from Iraq and Syria to apply for asylum. They are being persecuted and their case for asylum should stand. It will be very important to recognize Christians alongside Yazidis among the victims of genocide committed by ISIS (Islamic State), with the apparent charge of genocide leveled at ISIS in the works,” Joop Koopman, communications manager for ACN, told JNS.org.

President Barack Obama criticized the Republican presidential candidates for their calls to keep out Muslim refugees while giving priority to Christians.

“When I hear political leaders suggesting that there should be a religious test for admitting which person fleeing which country,” Obama said, “when some of these folks themselves come from other countries, that’s shameful. That’s not America. That’s not who we are. We don’t have religious tests to our compassion.”

Under federal law, the executive branch is in fact required to take religion into account when an alien applies for asylum. Section 1158 of U.S. Code Title 8 provides that religion—as well as race, political opinion, and other factors—can be the basis for establishing a person’s refugee status by showing it is a central reason for persecuting the applicant.

To date, 26 governors of U.S. states have issued statements saying they would bar Syrian refugees from settling in their states.

In September, the U.S. State Department pledged to absorb 15,000 refugees from Syria, while Secretary of State John Kerry recently said up to 85,000 would be accepted in 2016.

“Certainly terrorism and ISIS are concerning [and] the attacks in Paris and Beirut are awful for all of us in the civilized world, but the refugee resettlement program has nothing to do with that. Over 3 million people have been resettled in the United States since 1980 and three-quarters of a million since 9/11,” Melanie Nezar, vice president of policy and advocacy for the Jewish refugee charity HIAS, told JNS.org.

“Refugees have not been linked to terrorism in the U.S.,” she said. “We have a very secure vetting process for refugees coming into the U.S., while in Europe these are people who have already lived inside of their country. There is a lot less opportunity to do screening there when they are already there.”

According to Nezar, America’s refugee resettlement program is an extremely secure and thorough process.

“The security screening process involves multiple intelligence agencies and an in-person interview by the Department of Homeland Security, and then a decision is made whether or not to bring them here,” she said, adding, “If there are security concerns, the refugee program isn’t the place to look.”

Others, however, say the American state governors’ opposition to resettling the refugees is understandable.

“It is hard to blame them,” Jeff Gardner—a spokesman for the Restore Nineveh Now initiative, which promotes protection and relief for Assyrian Christians, told JNS.org. “Documentation among the refugees is spotty, and any database in Syria that contains information about them is absent or nearly non-functional.”

“The reaction of the governors is not xenophobia. It is a real life, boots-on-the-ground response to the thousands of poorly documented people who are pouring out of Syria,” he said.

Dr. John Eibner, CEO of Christian Solidarity International (CSI-USA), told JNS.org, “American governors should demand that Washington stop the flood of refugees by ending support given to jihadist armies, and insisting that Turkey terminate its policy of tolerating Islamic State and other jihadist safe havens on its soil.”

Regarding Christian refugees, Eibner said there is “no evidence” suggesting that they pose a security threat to America. “The U.S. government has the obligation to make sure that people who enter the United States, whatever their religion might be, do not threaten the security of American citizens and institutions,” he said.

The problem for many Middle East Christians is that they are afraid to register as a refugee and as such remain as IDPs (internally displaced people). Since many Christians are IDPs inside of Syria and Iraq, “they don’t count as refugees,” said ACN’s Koopman.

“They are refugees in their own country!” he said.

“Christians should have, at the very least, the same chance for admittance as Muslims—today they have barely a chance at all, while Muslims are aided by the UN process of registration of refugees, etc. Christians, in Iraq and Syria, as IDPs fall between the cracks of asylum categories,” added Koopman.

Indeed, many Christians who have fled Islamic State now reside in Kurdish-controlled areas within Syria and Iraq.

Given the debate over refugees, Restore Nineveh Now’s Gardner believes that the best solution for both the Christian and Muslim refugees is to establish safe zones inside of Syria.

“The question is not one of taking in more Christian refugees, but rather doing more for them in Syria, where they would prefer to stay. We are working with a Christian group in northern Syria to establish a safe zone for all who want to stay in Syria,” Gardner said.

One of the goals of Islamic extremists such as Islamic State is to drive Christians and other minority groups from the region. Gardner and his group are appealing to the Obama administration to help the refugees stay in their own country.

“The United States could solve this immigration problem in short order with a handful of personnel and a modest amount of money,” he said.

“If the Obama administration would lock arms with groups like the Assyrian Christians in Syria,” added Gardner, “a safe zone in the north could be established for all Syrians, Christian or Muslim, who would rather stay in their own country than take their changes in faraway lands and foreign cultures.”